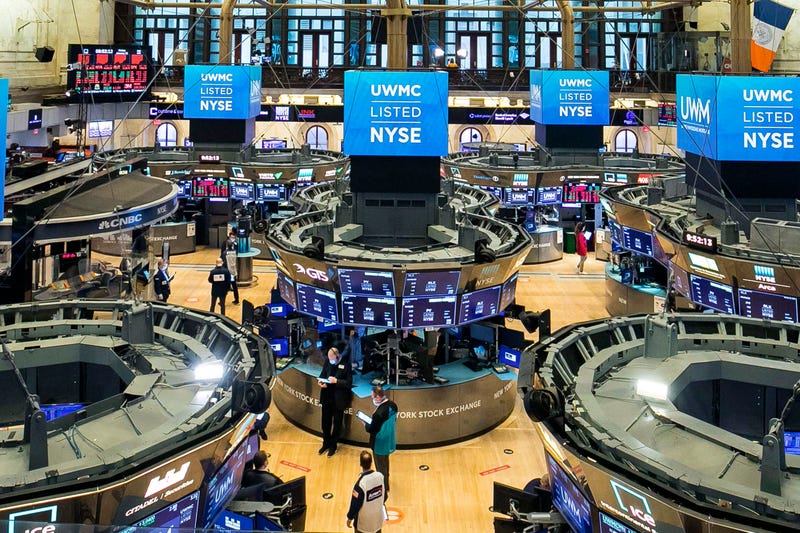 Wall Street tapped the brakes on its recent record-setting rally Friday with a mixed finish for the major stock indexes, though the S&P 500 still ended the week with its third weekly gain in four.

The benchmark index fell 0.3%, snapping a three-day winning streak, but notched a 1.9% gain for the week. The Nasdaq eked out another record high. So did the Russell 2000 index of smaller companies, which traders have been favoring amid expectations of stronger economic growth later this year.

The uneven finish for U.S. stock indexes followed a slide in global markets that began in Asia amid worries about resurgent coronavirus cases in China and weak economic data from Europe. In the United States, disappointing earnings reports from IBM and some other companies gave cover for investors to sell and book profits after big recent gains.

“The big picture is, it’s still a pretty friendly environment for stocks,” said David Lefkowitz, head of Americas equities at UBS Global Wealth Management. ”The pandemic will wind down, you’ll see a surge in corporate profits this year and the Fed made very clear they’re not going to take the punch bowl away anytime soon."

Investors weighed another batch of company earnings reports Friday. The big theme in the early part of this earnings season is that most companies are handily beating Wall Street's profits expectations for the last three months of 2020, with banks and some other industries leading the way. About 13% of the companies in the S&P 500 have reported results so far.

Seagate Technology fell 4.7% despite joining that cavalcade of companies reporting better earnings than analysts expected. It also gave a forecast for revenue and profit in the current quarter that matched or topped Wall Street’s. Analysts said a lot of that optimism may have already been built into the stock’s price.

IBM dropped 9.9% for the market's sharpest loss after reporting weaker revenue for the last three months of 2020 than analysts had forecast. The tech giant’s revenue has been mostly shrinking for years. IBM nevertheless also reported a higher-than-expected profit.

Markets have been mostly rallying recently on hopes that COVID-19 vaccines will lead to a powerful economic recovery later this year as daily life gets closer to normal. Hopes are also high that Washington will deliver another dose of stimulus for the economy now that the White House and both houses of Congress are under single control of the Democrats.

President Joe Biden has proposed a $1.9 trillion plan to send $1,400 to most Americans and deliver other stimulus for the economy. But his party holds only the slimmest possible majority in the Senate, raising doubts about how much can be approved. Several Republicans have already voiced opposition to parts of the plan.

The coronavirus pandemic is also worsening and doing more damage to the economy by the day. In Europe, a survey of purchasing managers showed on Friday that activity in the manufacturing and services sectors shrank during January in the 19-country eurozone. The data suggests the eurozone’s economy may contract again this quarter.

In China, where the pandemic began in late 2019, the government has reimposed travel controls after outbreaks in Beijing and other cities. A spike in infections has authorities calling on the public to avoid travel during February’s Lunar New Year holiday, normally the year’s most important family event.

The U.S. economy has also been taking hits recently, with reports showing weakness in the job market and falling confidence among shoppers. But the data has been mixed.

One report on Friday showed the housing industry continues to be a bright spot for the economy. Sales of previously occupied homes were stronger last month than economists expected. A separate report from IHS Markit gave a preliminary reading on U.S. business activity for January that was also stronger than expected, indicating an acceleration in growth.

One major underpinning for the market seems to have little chance of going away soon: massive support from the Federal Reserve. The central bank is holding short-term interest rates at a record low and making other moves in hopes of boosting markets and the economy.

The yield on the 10-year Treasury note slipped to 1.08% from 1.09% late Thursday. It has been mostly climbing this month, up from roughly 0.90% at the start of the year, with expectations for increased government borrowing, economic growth and inflation.

A big question on Wall Street is how much more it can climb before criticism blares even louder that stock prices have grown too expensive relative to corporate profits.