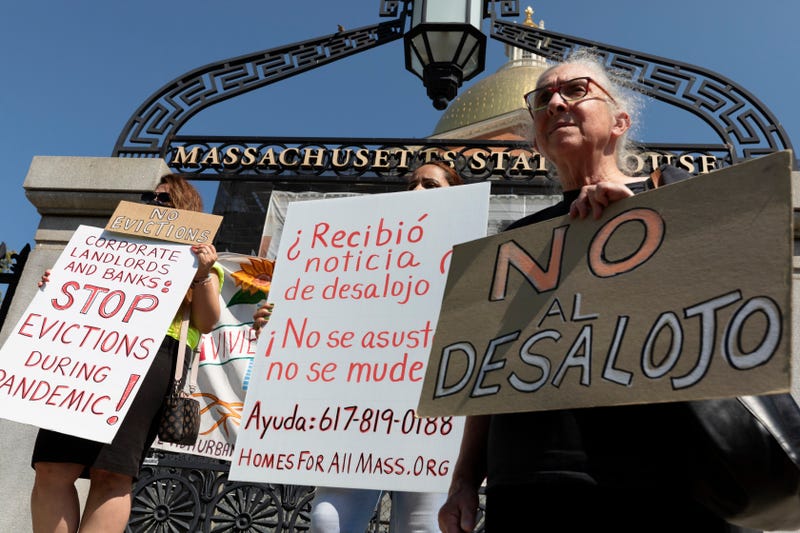 WASHINGTON (AP) — House Speaker Nancy Pelosi and the House Democratic leaders on Sunday called on the Biden administration to immediately extend the nation's eviction moratorium, calling it a “moral imperative” to prevent Americans from being put out of their homes during a COVID-19 surge.

An estimated 3.6 million Americans are at risk of eviction, some as soon as Monday.

“Action is needed, and it must come from the Administration," Pelosi said in the statement signed by Majority Leader Steny Hoyer, Whip James E. Clyburn and Assistant Speaker Katherine Clark. “Science and reason demand that they must also extend the moratorium in light of the delta variant. Doing so is a moral imperative."

The White House, which has urged localities and states to tap aid already approved by Congress, had no direct response to the Democrats' call for action.

Some Democratic lawmakers said they were caught by surprise last Thursday when Biden announced that he would not extend the moratorium again in the wake of a Supreme Court ruling that suggested congressional action was necessary for another extension. Lawmakers were left with only days to act before the ban expired, creating frustration and anger and exposing a rare rift with the administration.

On Sunday, hours after the expiration, Rep. Alexandria Ocasio-Cortez, D-N.Y., said that Democrats had to “call a spade a spade” and pointed to her own party.

“We cannot in good faith blame the Republican Party when House Democrats have a majority,” the progressive congresswoman said on CNN's "State of the Union."

Ocasio-Cortez and other Democrats joined Rep. Cori Bush, D-Mo., who camped outside the Capitol over the weekend in protest.