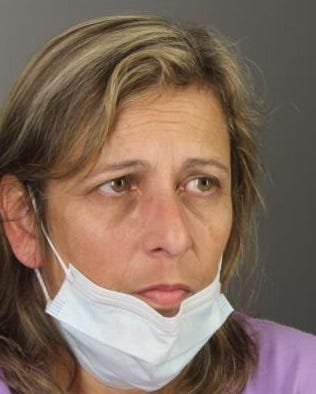 BUFFALO (WBEN) - A Cheektowaga couple faces numerous charges in what the district attorney calls a horrific case of child abuse.

One count of Kidnapping in the First Degree, a Class “A-1” felony

One count of Kidnapping in the Second Degree, a Class “B” felony

One count of Endangering the Welfare of a Child, a Class “A” misdemeanor.

Flynn says between November 2017 and January 2020, the couple abused a child in their home in Cheektowaga by "implementing increasingly horrific forms of punishment against the victim. The defendants are accused of knowingly acting in a manner likely to be injurious to the physical, mental, and moral welfare of the child victim."

The DA explained that the couple forced the victim to stay inside a bedroom or the garage for periods of more than 12 hours with the intent to terrorize the victim. The couple is also accused of restricting the child’s movement by confining the victim to a space and threatening to use deadly force if the victim did not remain confined. Flynn says the victim was denied access to basic needs, including food, clothing and access to the bathroom.

Flynn adds the couple assaulted the victim on multiple occasions with various objects, and on one occasion defendant McGonnell strangled the victim, resulting in loss of consciousness.

McGonnell and Steinagle are scheduled to return on Thursday, September 3, 2020 at 2:00 p.m. for an initial appearance before State Supreme Court Justice Deborah A. Haendiges who will preside over the case. Both defendants were remanded without bail.

If convicted on all charges, McGonnell and Steinagle face a maximum of 25 years to life in prison.