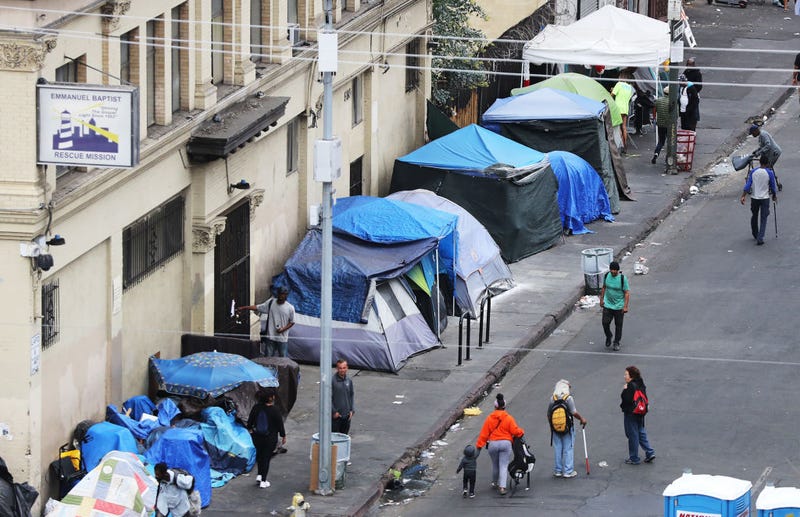 A panel of judges with the federal Ninth Circuit Court of Appeals struck down an order on Thursday that compelled the City of Los Angeles to move the entire homeless population of Skid Row into shelters and other housing by the end of the month.

Appeals court strikes down order that would have required LA city and county officials to offer shelter/housing to everyone living on the streets of skid row by next month. @KNX1070 pic.twitter.com/AzBBoDVBkf

The order, issued by a U.S. District Court judge in April, triggered significant outcry within L.A. city government, with Mayor Eric Garcetti and others criticizing the decision as overkill and a logistical nightmare that would ultimately hinder efforts to combat homelessness.

Judge David O. Carter of the U.S. District Court for the Central District of California handed down the controversial decision in presiding over a lawsuit filed in March against the city and L.A. County. The plaintiffs, a group of business owners and residents, complained that homeless encampments in Skid Row were unsafe, and that tax money intended to resolve the issue had been misused.

The Ninth Circuit’s ruling on Wednesday found that the district court “abused its discretion” and had issued a ruling on matters beyond the subject matter of suit. The panel also ruled that the platiniffs to that suit lacked sufficient standing.

“The district court undoubtedly has broad equitable power to remedy legal violations that have contributed to the complex problem of homelessness in Los Angeles,” panel judges Jacqueline Nguyen, John Owens and Michelle Friedland wrote in their unanimous decision. “But that power must be exercised consistent with its discretionary authority.”

According to the Ninth Circuit’s ruling, Carter’s order was premised on a finding that “structural racism” was behind L.A.’s homelesness crisis. He blamed the city and county for being “unable or unwilling to devise effective solutions” to the problem.

While the Ninth Circuit took “no issue” with Carter’s conclusion that structural racism indeed played a significant role in homelessness in L.A., it found that none of the plaintiffs’ claims were based on racial discrimination.

“The district court’s order is largely based on unpled claims and theories,” the ruling read.

Carter reportedly expected his ruling to receive a smack-down in the Ninth Circuit, and was prepared to continue pursuit of what some have described as a “personal crusade” against homelessness in L.A.

“Take it up to the Ninth Circuit,” he told attorneys for the city and county earlier this year. “But when you do that, regardless of what the Ninth Cirucit does, it’s coming back to my court eventually. And the question is: In what form and then how long?”

“The court’s going to stay diligent and involved,” Carter said. “I’m telling you that and I’m not budging on that. There’s too much death out there. And it’s women and families and eventually it’s Skid Row.”

Elizabeth Mitchell, an attorney for the plaintiffs, told KNX she was pleased the
matter would be returning to Carter’s courtroom in the near future. “Because [the Ninth Circuit’s] findings were all procedural in natura and not merits based, [this] is easily curable and gets us right back in Judge Carter’s courtroom within a matter of weeks,” she said.