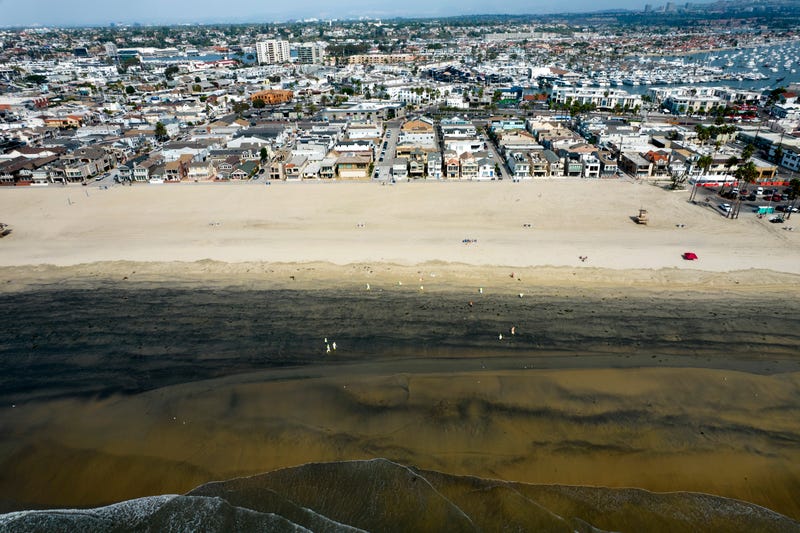 FILE - In this Wednesday, Oct.6, 2021 aerial image taken with a drone, workers in protective suits clean the contaminated beach after an oil spill in Newport Beach. California's uneasy relationship with the oil industry is being tested again by the latest spill to foul beaches and kill birds and fish off Orange County. Photo credit AP Photo/Ringo H.W. Chiu, File
By Matthew Brown, The Associated Press

Investigators believe a 1,200-foot cargo ship dragging anchor in rough seas caught an underwater oil pipeline and pulled it across the seafloor, months before a leak from the line fouled the Southern California coastline with crude.

During a prior visit by the ship during a heavy storm in January, investigators believe its anchor dragged for an unknown distance before striking the 16-inch steel pipe, Coast Guard Lt. j.g. SondraKay Kneen said Sunday.