In early 2020, America watched as word traveled of a novel virus that was quickly moving from country to country.

Our KNX Hero of the Week was one of the first hospital administrators in the nation to put protocols in place, to keep people safe from the incoming coronavirus.

He holds an important title: Medical Director of the Emergency Department at Beverly Hospital. When the coronavirus hit American soil, Dr. Joseph Chan knew they had to get ready.

"When we first heard about the news... we were obviously very worried," says Dr. Chan. "We screened for people from high risk countries, like China, Iran and Italy. And, we had a sense - as emergency medicine physicians - that it was going to get worse before it got better."

At the time, doctors and administrators around the world were trying to figure the best measures to take with current patients and healthcare staff. But Dr. Chan made an early move to set-up triage tents. He also activated an immediate call for donations and personal protective equipment [PPE]. 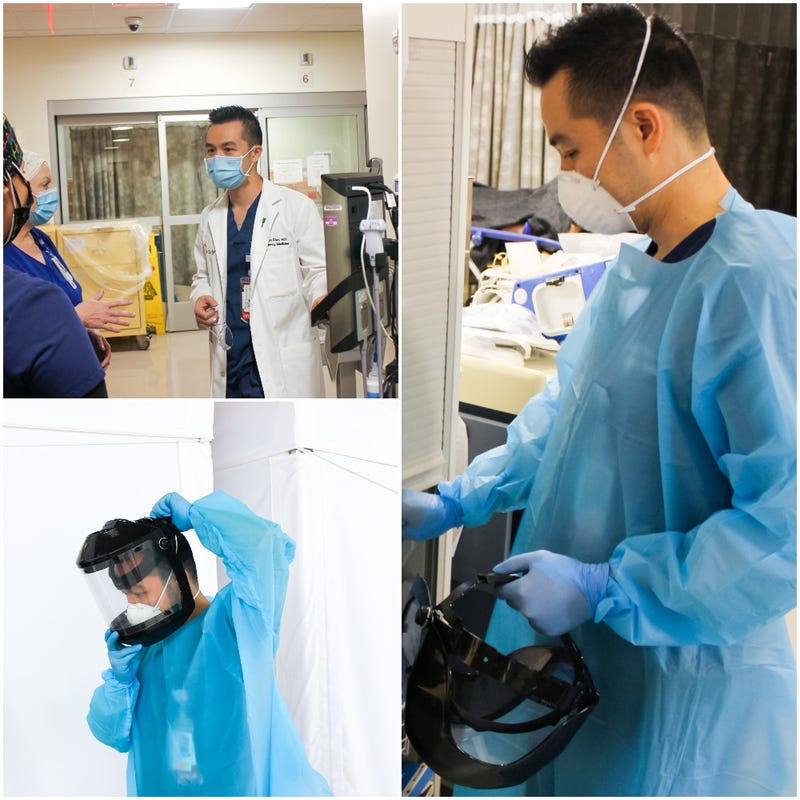 He says it was a risk, but one worth taking. "A lot of the stuff we were doing, is standard now, across healthcare," says Dr. Chan. "But, I think one of the key things was making the decision, which is not easy... and to be the first ones to do it."

"You have to potentially waste resources if you are wrong. But if you are right, you could save a nurse, or another patient from getting sick." It proved to be the right thing to do. "Before a lot of the bigger trauma centers... we already had our tents up," says Dr. Chan.

Alice Cheng is the President and CEO of Beverly Hospital in Montebello, and she says the decisions by Dr. Chan created a sense of security at the hospital, as they dealt with the onslaught of pandemic challenges.

"All of his research and action helped stabilize morale," remarks Cheng. She says Dr. Chan also provided outstanding guidance during this unprecedented time. "He just stepped right in, without asking. We can't thank him enough for his outstanding leadership!"

He's a hero to so many in Southern California - Dr. Joseph Chan, our KNX Hero of the Week!

If you know someone who is inspirational, motivational, life-changing or life-saving, nominate them as a future KNX hero at https://knx1070.radio.com/nominate

You can also send an email directly to the host of KNX Hero of the Week - Heather Jordan - to heroes@KNX1070.com