This past year, we have seen some of Southern California's "best" step-up. Some put their life on the line to help others, including one hero who made the ultimate sacrifice.

Here are just a few of our incredible KNX Heroes of 2020.

The year started off with some inspiring stories, like that of Tony Herrera of Chatsworth, who is a two-time living organ donor. He saved two lives, after donating a kidney and part of his liver.

"You can, overnight, save somebody's life." - Tony Herrera

I also shared the story of Scott and Emily Morris, who raise brush-clearing goats near Westlake Village, to help stave-off wildfires. And, Michelle Davis, who sponsors disabled teenagers for sports and cheerleading programs. 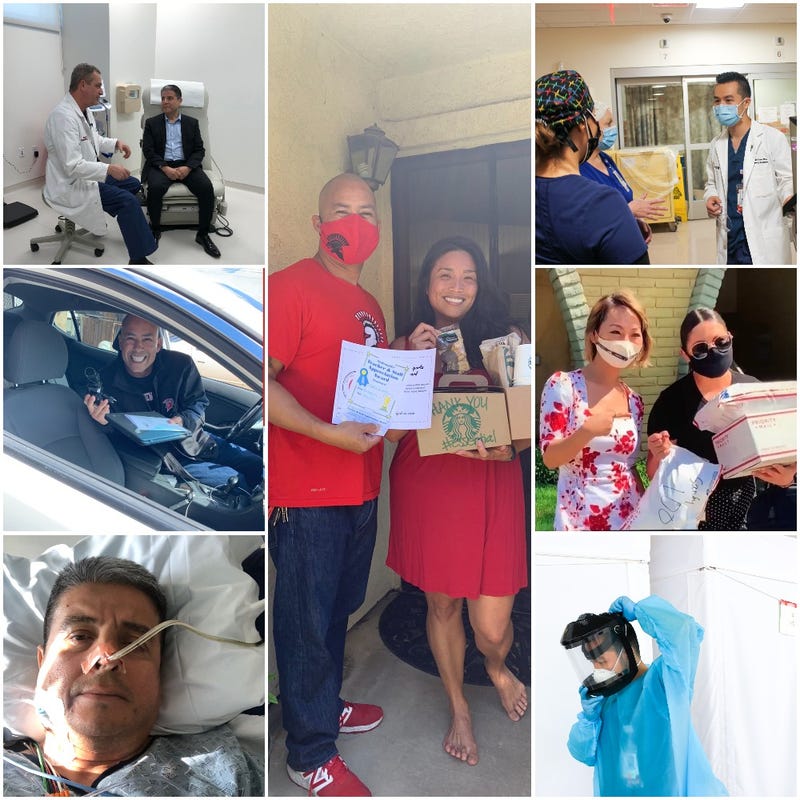 But, when word started to spread of a mysterious and deadly new virus, everything changed. And, our heroes in Southern California quickly took-on a bigger role.

Dr. Joseph Chan of Beverly Hospital was one of the first administrators in the nation to order triage tents, activating an immediate call for donations and PPE (Personal Protective Equipment).

"We were obviously very worried. And, we had a sense as emergency medicine physicians, that this was going to get worse before it got better." - Dr. Joseph Chan

Overnight, classrooms went dark and distance learning became the new norm. Rio Mesa Principal Mark C. Contreras kept constant contact with his students and faculty. In many cases, he went door-to-door to personally deliver computers and supplies. Even food and coffee to students and teachers who needed it!

"I just put a message out and said 'here is my work cell number, call me if you need anything'." - Principal Mark C. Contreras, Rio Mesa High School in Oxnard

A similar message was sent by Stephanie Hoang and the "Maskateers", who sewed and distributed more than 30,000 face masks for people across Southern California and the nation.

Officer Nick Ferara of LA's Harbor Division was called an 'angel in a uniform', after he used his own money and donations from other officers to buy bags of food for those who couldn't travel safely to the grocery store. 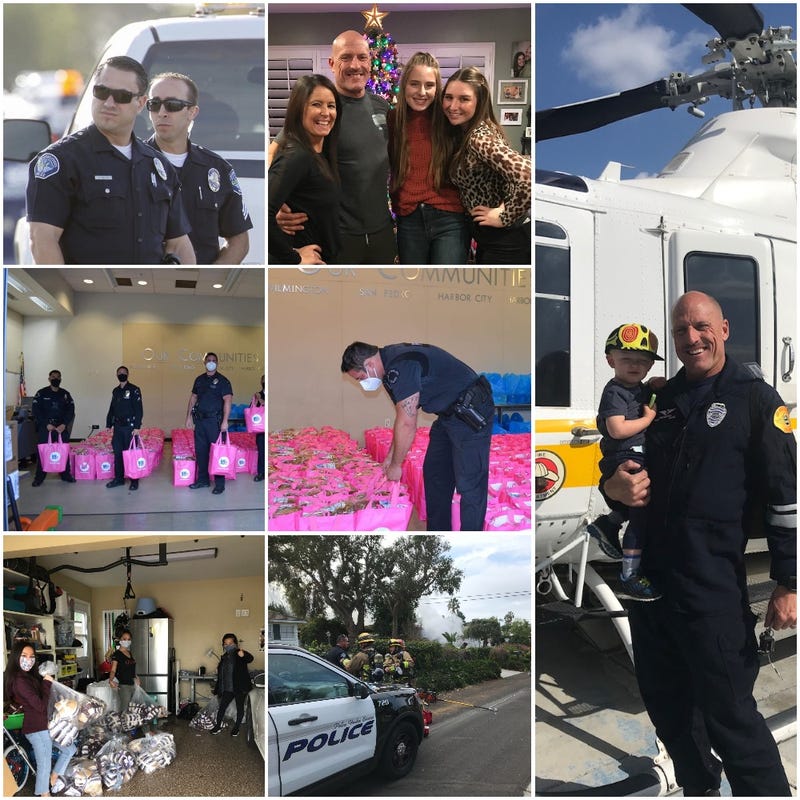 "I've always wanted to be a police officer, and my main goal was to come back and help the people who helped me grow up." - Officer Nick Ferara

That urge to help was the same for Officer Aaron Belda who put his life on the line when he ran into a burning home in Palos Verdes Estates, to help rescue the homeowner and his pets.

"I just look at it like I was doing my job. I know everyone else would have done the same thing." - Officer Aaron Belda

In the fall of 2020, we lost one of our biggest KNX Heroes, Fire Pilot Mike Fournier. Mike died after his water dropping helicopter crashed while battling the dangerous Hill Fire. The husband, father and Ironman athlete touched the lives of so many people across Southern California - his sacrifice will always be etched in our minds.

“KNX Heroes” is brought to you by California Resources Corporation, saluting our military veterans, and all of our heroes!

A special thank you to ALL of our 2020 "KNX Heroes," who stepped-up this past year!

You can nominate a “KNX Hero of the Week” for 2021 by clicking https://www.audacy.com/knx1070/nominate