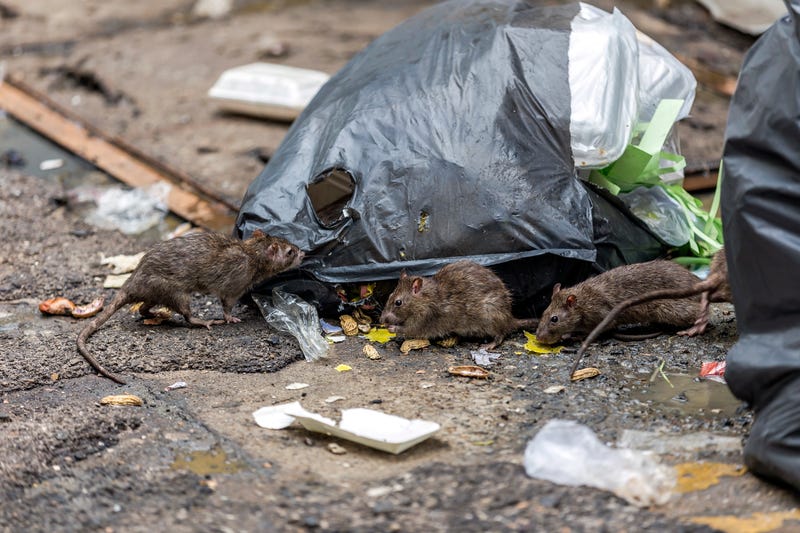 Orkin ranks the Big Apple third on its list of America's "rattiest cities."

Chicago has the most rats in the nation. The Windy City claimed the top spot for the sixth consecutive year.

Los Angeles has the second-most rats in the nation.

Orkin rates cities according to the number of new rodent treatments in the last year.

According to the pest control company, as restaurants closed down due to the coronavirus pandemic, rats were forced to find new food sources. They started scavenging in new areas and roaming around during the daytime looking for a meal, sometimes exhibiting unusual or aggressive behavior.

In New York City, some rats even resorted to cannibalism as the situation grew more desperate.

With colder weather moving in, that could only spell trouble for homeowners.

Orkin said rodent activity will only continue to increase as rats seek shelter in warm areas with food and water, meaning they could be driven inside homes.

“Rodents are experts at sniffing out food and shelter, and they’re resilient in their ways to obtain both,” said Ben Hottel, an Orkin entomologist. “Residential properties offer the ideal habitat for rodents, and once they’ve settled in, they’re capable of reproducing rapidly and in large quantities.”

Rats can cause structural damage with their ability to chew through items such as electrical wires, water pipes and gas lines. They also pose a health risk by spreading disease.

To prevent a rat infestation at your home, Orkin recommends taking the following steps:

— Do not leave out food.

— Do not let the landscaping run wild.

— Inspect both inside and outside your home for rodent droppings, burrows and rub marks along baseboards and walls.

— Look for possible entry points outside your home and seal cracks and holes if any are found.