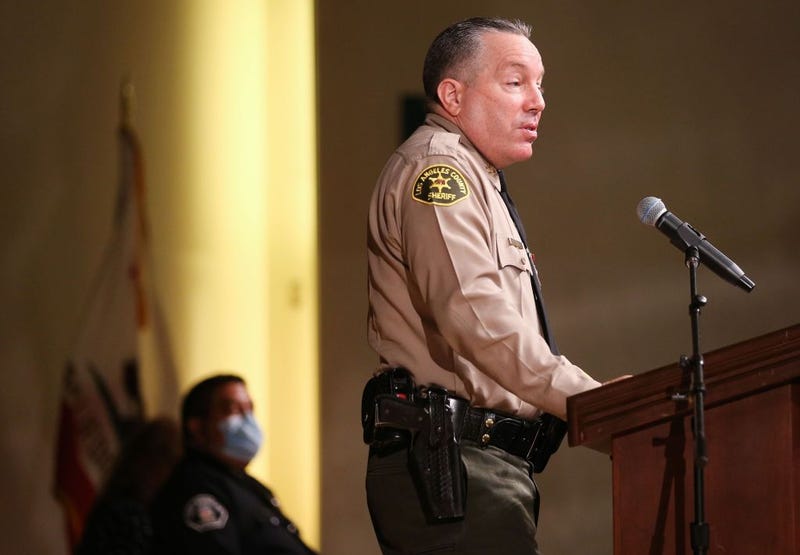 Ahead of Thursday’s Civilian Oversight Commission, Sheriff Alex Villanueva received a subpoena to attend and answer questions about the sheriff’s department harassing Villaneuva’s “perceived political opponents.” Villanueva, however, ignored the subpoena and declined to say why he would not attend, merely saying he was “busy.”

In response, the commission wants to subpoena the undersheriff to try and get some answers. Commission members also said they want to hold Villanueva in contempt for his failure to attend.

“It’s very telling that the person in charge of enforcing the law is, in fact, denying the law when it comes to a lawfully issued subpoena,” said commission member Priscilla Ocen, who is also a Loyola Law School associate professor.

Robert Bonner, an attorney and former U.S. Attorney and DEA Administrator on the commission, voiced his support for involving the county’s counsel to enforce the subpoena.

Moving from Villanueva’s failure to attend the meeting, the commission said they want to subpoena Undersheriff Tim Murakami to ask him about the possible use of LASD resources to intimidate Villanueva’s critics. Commission members expressed a belief that Murakami was likely leading the intimidation efforts.

“These highly publicized criminal investigations have never resulted in charges being filed, suggesting an ulterior motive,” Sean Kennedy, a Loyola Law School professor and commission member, said. Kennedy is also the author of a 10-page memo detailing LASD's pattern of announcing an investigation into public critics of the sheriff.

Kennedy called for an investigation into Villanueva and whether he is abusing his power.

The commission members also referenced an L.A. Times article that reported the Civil Rights and Public Integrity Detail unit has carried out long-running investigations into L.A. County Inspector General Max Huntsman, a vocal critic of the sheriff, and others.

The Times reported that the investigations continue “despite sheriff’s officials being told by the FBI and state law enforcement officials that it appeared no crimes had been committed.”