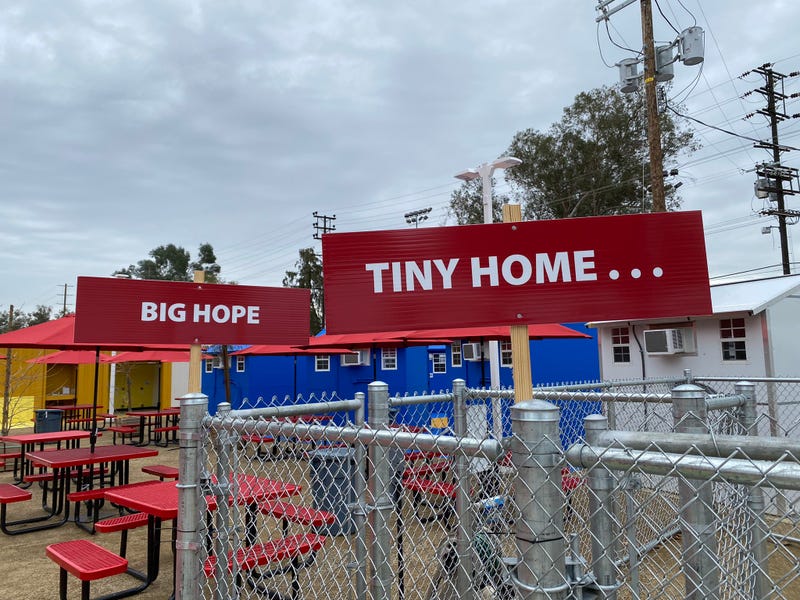 The first-of-its-kind "Tiny Home Village" in the City of Los Angeles is now ready to receive people  experiencing homelessness in North Hollywood.

Each unit includes space for two beds, but during the pandemic they will only house one person unless they are a couple or related.

Ken Craft, founder and CEO at Hope of the Valley Rescue Mission which is operating the site, says "Starting today people will begin to come in here and we have outreach and engagement teams in the community. They will bring people in."

He says they will provide three meals a day. 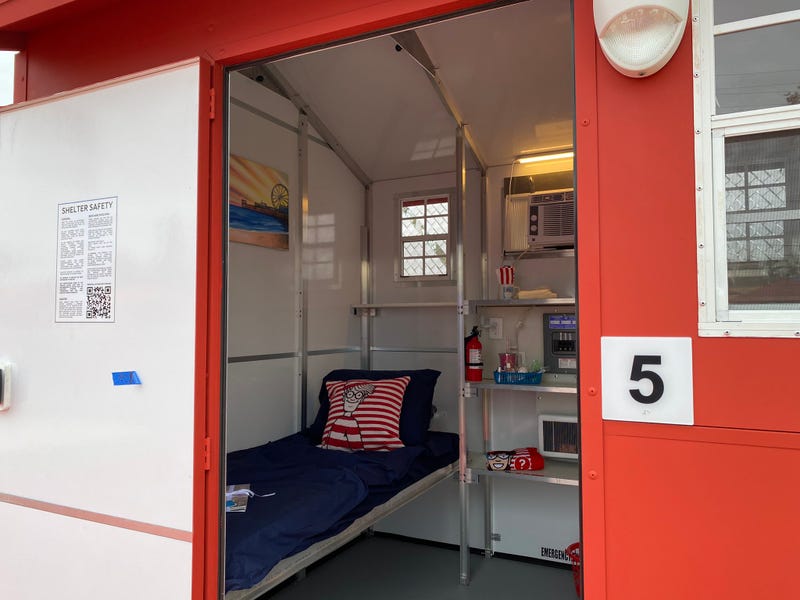 Each unit includes space for two beds, but during the pandemic they will only house one person unless they are a couple or related. Photo credit Margaret Carrero/KNX 1070 NEWS

There is also 24-hour security and video surveillance. For being a tiny home community, it came with a big price tag.

LA City Councilman Paul Krekorian says it came out to about $68,000 per bed and with 75 beds – that’s more $5 million. He says that’s less than the average congregate shelter facility.

"So when you think about the benefits you are getting, in privacy, security and everything else and it's less expensive than congregate shelter, it makes a lot of sense," Krekorian says.

In the coming months, a second Tiny Home village will open in the community with even more beds.

A look at the first “Tiny Home” village to open in the City of LA as interim housing for people experiencing homelessness. It is located in North Hollywood. @KNX1070 pic.twitter.com/VzxIEMdOPZ