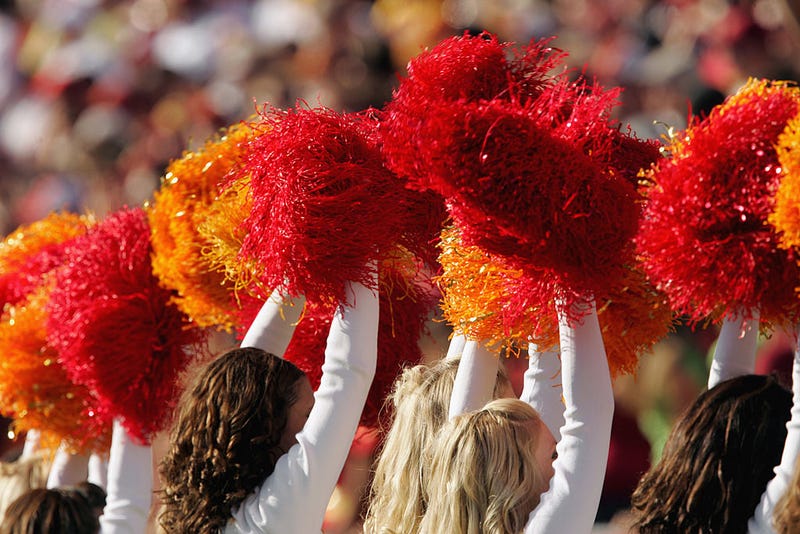 A Title IX investigation carried out at the University of Southern California found "sufficient evidence" that a former coach of the school's Song Girls spirit and dance team body-shamed, harassed and retaliated against several ex-members of the squad.

The findings of the probe, announced Friday, were published in a letter from USC's Office of Equity, Equal Opportunity and Title IX, a copy of which was obtained by The Los Angeles Times. In it, investigators concluded that former coach Lori Nelson created a "hostile" and "unhealthy" environment for Song Girls.

The office conducted 44 interviews and reviewed about 800 pages of documentary evidence before reaching its conclusion. Investigators found that during her tenure, Nelson had a "fixation on body size, weight, fitness and appearance which had detrimental effects on team members."

Nelson was also accused of engaging in race-based discrimination toward dancers of color. However, investigators did not find sufficient evidence of the conduct alleged.

Still, 18 former Song Girls came forward to allege to The Times that Nelson would regularly and publicly criticize dancers for their personal appearances and openly speculated about their sex lives. Many reported developing body-image issues as a result of Nelson's alleged behavior, with three former Song Girls claiming they consequently suffered from eating disorders.

One of the three told The Times she experienced a near-suicidal depression as a result of the coach's treatment.

Three teammates reportedly met with USC Athletic Director Mike Bohn in February 2020 to discuss concerns around Nelson's demeanor. Two of those dancers were subsequently cut from the team—a decision they felt was retaliation on Nelson's part for their meeting with Bohn.

Title IX investigators agreed, finding that Nelson prepared negative performance evaluations of the two dancers based on "demonstrably false" information. A panel of tryout judges then used those reports in their decision to cut the women from the team.

Nelson has denied these allegations, claiming the decision to cut the women from the team had nothing to do with her. The former coach's attorney told The Times she planned to appeal the findings of the Title IX investigation.

Fifty-six former Song Girls have backed the ex-coach. They signed a letter to USC disputing the allegations against Neslon, and purporting their collective experience on the team to be overwhelmingly positive.

"The Lori I know would never harass or retaliate against anyone," Faryn Seiden, a Song Girl from 1999 to 2003, told The Times.

Ultimately, Title IX investigators determined that USC was "limited in its ability to impose a sanction" against the former coach, who resigned from her position in October of last year. Nelson's resignition reportedly coincided with her learning of the Title IX investigation.

Still, victims of Nelson's alleged harassment and retaliation told The Times they were satisfied with the outcome of the investigation.

"I'm truly grateful to have had USC listen to us