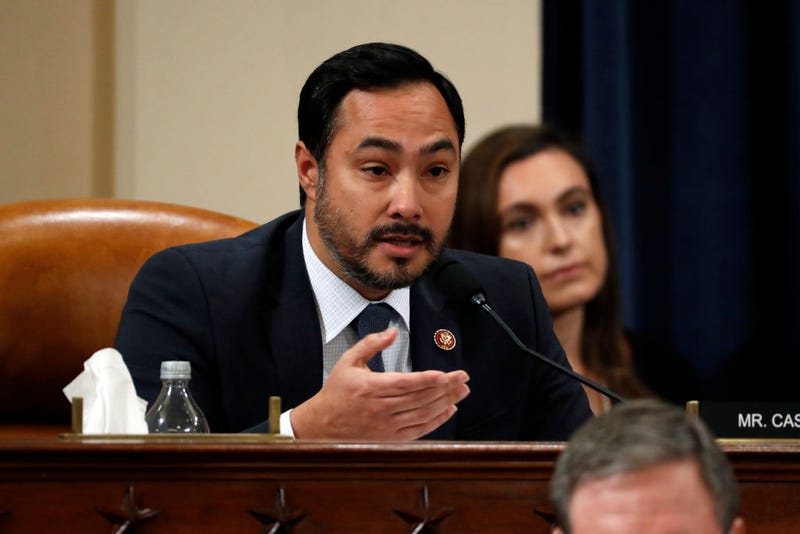 United States Representative Joaquin Castro of Texas has publicly rebuked the film and television industries for what he has characterized as exclusionary practices toward Latinos.

In a guest column published with Variety last month, the congressman described Hollywood as a “redlined industry,” generating wealth for “the handful of conglomerates who run it while excluding the hardworking Latinos who live all around it.”

Castro, a Democrat representing a heavily Latino district centered around San Antonio, was appointed chair of the Congressional Hispanic Caucus last year. In that role, has asked the U.S. Government Accountability Office to investigate Latino representation in media and entertainment.

The study showed that although Latinos make up roughly 20 percent of the U.S. population, they make up only 12 percent of the media and entertainment industries.

"And those numbers are mostly concentrated in the service sector jobs within the industry, so not as executives or producers or directors, or even actors or actresses, or journalists," the congressman told KNX.

Findings suggested that underrepresentation in media has produced misunderstanding of the community among non-Latino Americans. When Latinos are comonly portrayed as drug dealers and criminals in film and TV, those depictions serve as invitations for bad actors to exploit negative cultural stereotypes for political gain, the congressman has said.

"The reason this matters is that Hollywood and media are still the main image-defining and narrative-creating institutions in the United States," Castro told KNX.

The congressman said that negative stereotypes of Latinos perpetuated through media can have real-world impacts. He noted the 2019 mass shooting at an El Paso Walmart which left 23 dead. In that instance, the shooter was motivated by a hatred for individuals he described as "Hispanic invaders" of Texas.

Negative depictions of Latinos in media may be partly due to disproportionately low representation of the community in Hollywood production and business-side jobs. Castro has since advocated for stricter government oversight of tax subsidies that flow to the entertainment sector.

"The media industry, and Hollywood in particular, is an industry that benefits greatly from things like production tax credits," the congressman told KNX, noting filming incentive programs in states like New Mexico and Georgia.

Castro's Texas district is 64 percent Hispanic, he said. "If I'm thinking about which industry I'm going to give a tax break to [...] it's hard for me to ask my district, that's made up of 64 percent of a group that you're giving only three of four percent of the work to" to extend incentives to Hollywood, the congressman explained.

"It's hard for me to ask them to subsidize their own exclusion," he said.