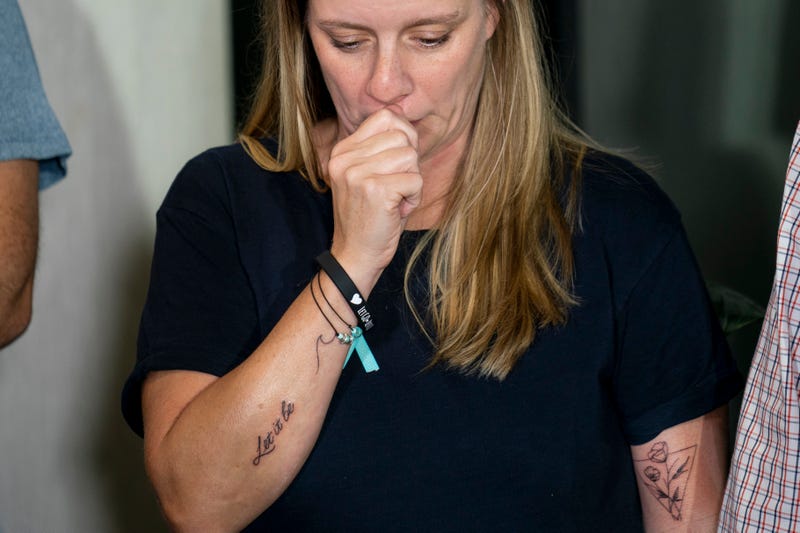 NEW YORK (AP) — The family of slain traveler Gabby Petito on Tuesday implored the public and news media to put the same energy into helping find other missing people as they did Petito, a 22-year-old woman who vanished on a cross-country trip with her boyfriend.

Petito’s parents and stepparents spoke to reporters at a news conference in Bohemia, New York — showing off fresh tattoos based on her designs and mantra “Let it be” — as authorities in Florida continued searching for her boyfriend, Brian Laundrie, who is a person of interest in her disappearance and remains unaccounted for.

A lawyer for Petito’s family, Richard Stafford, renewed calls for Laundrie to turn himself in and criticized his parents for what he said was a lack of cooperation in the search that turned up Petito’s remains. The Laundries released a statement Monday saying they weren’t helping him flee.

“The Laundries did not help us find Gabby, they sure are not going to help us find Brian,” Stafford said. “For Brian, we’re asking you to turn yourself in to the FBI or the nearest law enforcement agency.”

Petito’s body was discovered Sept. 18 in a remote area in northwestern Wyoming. A memorial service was held Sunday on Long Island, where Laundrie and Petito grew up before moving to Florida in recent years. Her family announced it was starting a foundation to support people searching for missing loved ones.

Petito’s case has led to renewed calls for people to pay greater attention to cases involving missing Indigenous women and other people of color, with some commentators describing the intense coverage of her disappearance as “missing white woman syndrome.”

Joseph Petito thanked the news media and social media for spotlighting his daughter’s disappearance, but he said all missing persons deserved the same attention.

“I want to ask everyone to help all the people that are missing and need help. It’s on all of you, everyone that’s in this room to do that,” he said, pointing to reporters and cameras in front of him. “And if you don’t do that for other people that ar