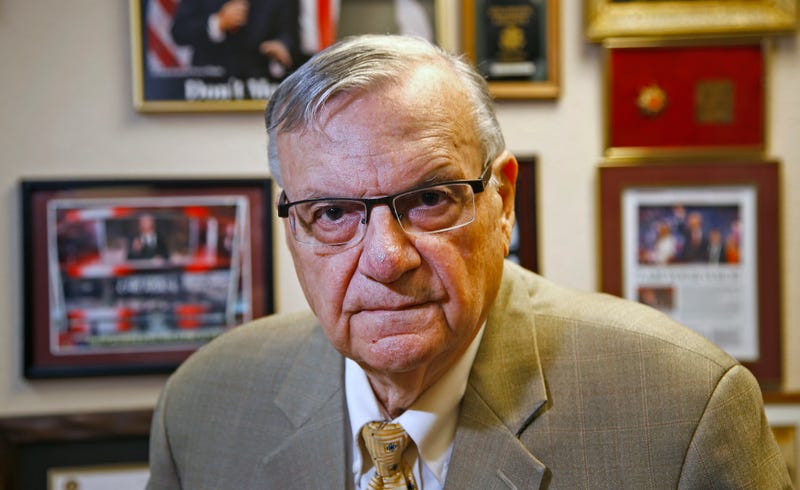 PHOENIX (AP) — Maricopa County officials approved a settlement Wednesday with a restaurant owner in metro Phoenix who claimed in a lawsuit that then-Sheriff Joe Arpaio’s office had defamed him and violated his rights about seven years ago when investigating whether employees at his restaurants used fraudulent IDs to get jobs.

The $5 million settlement with Uncle Sam’s owner Bret Frimmel came weeks after officials signed off on a separate $400,000 settlement to resolve similar claims brought by Uncle Sam’s manager Lisa Norton. County officials approved $3.1 million of Frimmel’s settlement. The remaining $1.9 million in his settlement is being covered by an insurer.

Frimmel and Norton were arrested by Arpaio’s office in January 2014 on employment-related identity theft charges that were dismissed after a judge ruled one of Arpaio’s detective recklessly disregarded the truth in affidavits used to get search warrants and ultimately found that there was no probable cause to back up the warrants. Frimmel and Norton maintained they did nothing wrong.

Their lawsuit was among the last civil cases pending against Arpaio, who was voted out of office in late 2016 after 24 years in office and lost a 2020 bid to win back his old job.

Arpaio raided Frimmel’s restaurants and about 80 other businesses from 2008 through 2014 in investigations that led to the arrests of hundreds of immigrant workers under a law that made it a felony to use fake or stolen IDs to get jobs.

Nine employees were arrested in the investigation of Uncle Sam's.

Even though a judge in the criminal case said there was no probable cause for the warrants, another judge handling the civil case found in March 2019 that the detective leading the investigation had probable cause to arrest Frimmel and Norton on the ID theft charge and ruled against the lawsuit’s claims of malicious arrest and abuse of process.

What remained of the lawsuit were the claims of illegal search and search, defamation and negligent restraint related to the handcuffing of Frimmel during the arrest.

Frimmel and his manager said they were arrested after the restaurant owner was asked by the U.S. Justice Department for help in a now-settled civil rights lawsuit that accused the sheriff’s office of racial profiling, retaliating against Arpaio’s critics and other civil rights violations.

One of Frimmel’s attorneys said the Justice Department contacted his client during the federal investigation, but Frimmel never returned the call.

The retaliation claim wasn’t mentioned in the extensive March 2019 pretrial order that examined the legal claims and evidence.

Leon Silver, one of the lawyers representing Frimmel and Norton, said the 2019 decision wasn’t a final judgment and that the judge might have still allowed the malicious arrest claim to be heard at trial. Silver said investigators never proved his client knew that job applicants were using fake IDs to seek jobs.

“My clients feel vindicated by the settlement,” Silver said. “They are relieved to have this behind them. They have lived with this way too long. They just want to get on with their lives.”

Arpaio, who is now running for mayor of his adopted hometown of Fountain Hills, said it was the county’s decision to settle