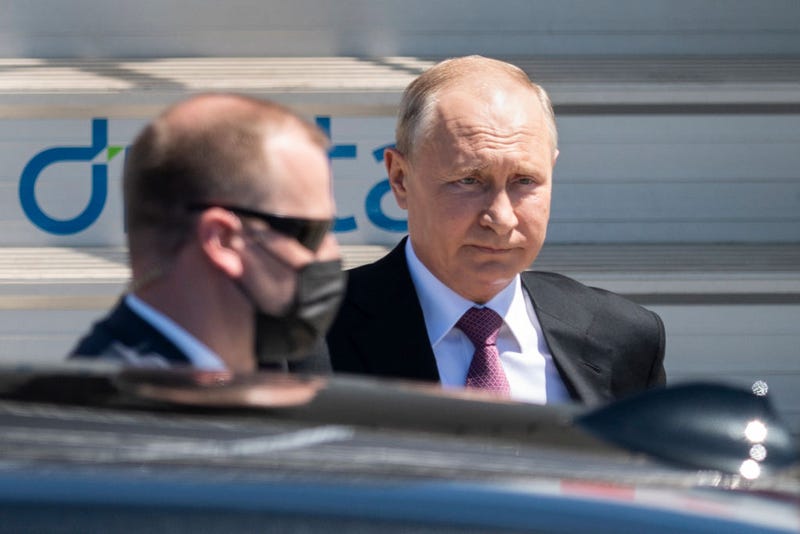 Russian President Vladimir Putin is in self-isolation after several members of his “inner circle” contracted the coronavirus, the Kremlin said Tuesday.

Although the Kremlin said Putin tested negative for COVID-19, he will quarantine out of caution after coming into contact with someone who tested positive.

The former KGB intelligence officer has been fully vaccinated against COVID-19 since April, thanks to Sputnik V, the Russian vaccine named for the world’s first artificial satellite.

The Kremlin would not specify which members of Putin’s circle were infected.

“Even in my circle problems occur with this COVID,” Putin said Monday, according to Russian state-owned media. “ think I may have to quarantine soon myself. A lot of people around (me) are sick.”

Russian President Vladimir Putin received Syrian leader Bashar al-Assad in Moscow for the first time since 2015, and criticized foreign forces that are in Syria without a U.N. mandate https://t.co/5p7cNZGHUk pic.twitter.com/oLfAw0F6cl

Asked why Putin continued in-person events despite the potential contact, Petrov said the Kremlin decided to wait for doctors to confirm testing. The Kremlin maintains no one was put at risk by the president.

The 68-year-old world leader has canceled an in-person trip planned to Tajikistan this week, opting instead to attend virtually.

Despite daily coronavirus infections in Russia reaching an estimated 17,000 a day, the country has very few public health mitigation restrictions in place. Of the reported 7 million cases in Russia, nearly 195,000 people have died. Internal documents show those numbers could be much higher than reported.