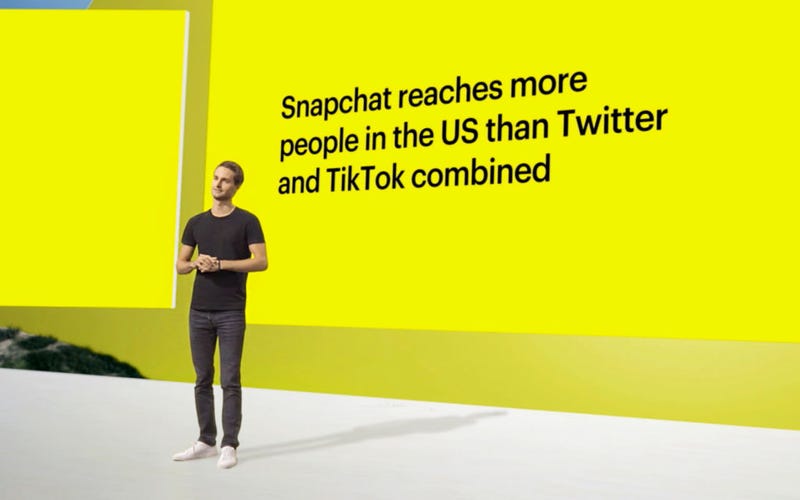 Snapchat users soon won’t be able to use the controversial “speed filter.”

A Snap Inc. spokesperson told NPR on Thursday the feature is “being removed altogether” over the next couple of weeks, as it “is barely used by Snapchatters.”

The outlet asked the company, which first introduced the filter in 2013, “a series of questions” over “several weeks” about why the feature remained in the app.

Users continued to be able to record their speeds and send it to others, despite lawsuits from families of people injured or killed by speeding drivers who were using the feature.

"Lives will be saved,” Joel Feldman, the co-founder of the nonprofit End Distracted Driving, told NPR.

“Crashes will be prevented, but the lawyer in me says, 'My God, why did it take so long?' "

After a number of near-deadly and fatal car crashes were linked to users using the feature, Snap downgraded it from a “filter” to a “sticker,” taking longer for users to access. The company also capped driving speeds at 35 mph, and added a “Don’t Snap and drive” warning.

Snap continues to face lawsuits over the soon-to-be-retired feature.

Last month, a federal appeals court ruled that the family of three young men who died, clocking a speed of 123 mph on the app before crashing into a tree, can sue the company for negligence. Two of the young men were 17, and the other was 20 years old.

Snap asked the trial court this week to toss the case. The company’s lawyers argued that the filter didn’t cause the accident.

“A speedometer tool that warns against using it while driving does not cause reckless speeding through some kind of implicit encouragement any more than a car’s speedometer would,” they said in a motion to dismiss, obtained by NPR. “No court has stretched proximate causation so far.”