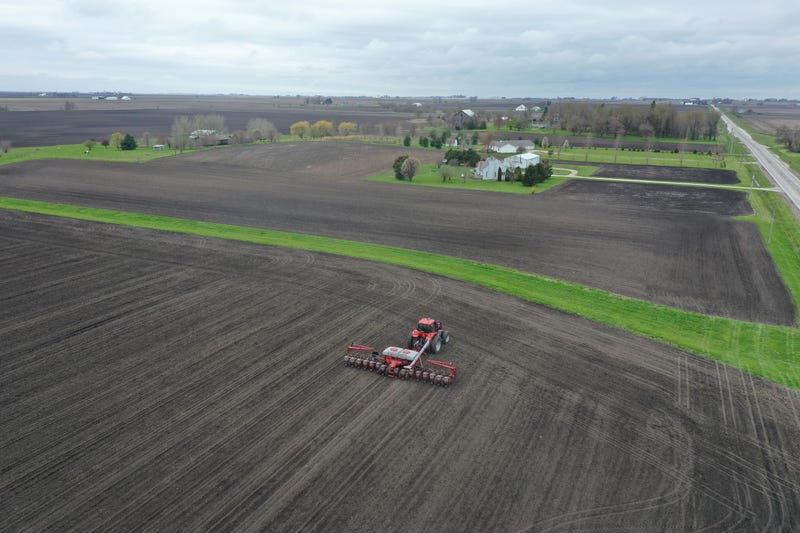 An aerial view from a drone shows John Duffy planting corn on a farm he farms with his father on April 23, 2020 near Dwight, Illinois. Photo credit Scott Olson/Getty Images
By Marcus White, KCBS Radio

Research published this month and co-authored by a Stanford professor shows how improved air quality in the U.S. has increased yields of two major crops over the last two decades.

David Lobell, a professor in Stanford University's School of Earth, Energy and Environmental Sciences, and Jennifer Burney, an environmental science associate professor at UC San Diego, found in a study that reduced pollution from 1999 to 2019 was responsible for about 20% of corn and soybean yield gains during that time.

The research, published in "Environmental Research Indicators," found that lowered air pollution accounted for about 4% growth in corn yields and 3% growth in soybean yields. Those increases comprised 19% and 23%, respectively, of the crops’ overall yield gains.

U.S. growers expect to harvest 171.2 million acres of corn and soybeans this year, according to the Department of Agriculture’s National Agricultural Statistics Service.

"One of the key factors in driving productivity increases in agriculture over the past two decades has actually been that the air is getting cleaner," Lobell told KCBS Radio’s  So in other countries, certainly a lesson to be learned about the benefits of cleaner air."

Using satellite data, the researchers were able to determine the impacts of four pollutants on nine midwestern states that account for almost two-thirds of national corn and soybean production. Ozone, particulate matter, nitrogen dioxide and sulfur dioxide accounted for nearly 6% of corn’s yield losses and almost 4% of soybeans’.

Amendments to the Clean Air Act in 1990 had significant impacts on reducing air pollution, including the pollutants emitted by automobiles. New policies and the economic incentives of renewable energy have had a similar effect on power plants, Lobell said.

In fact, the researchers determined crop yields increased the further they were away from power plants. 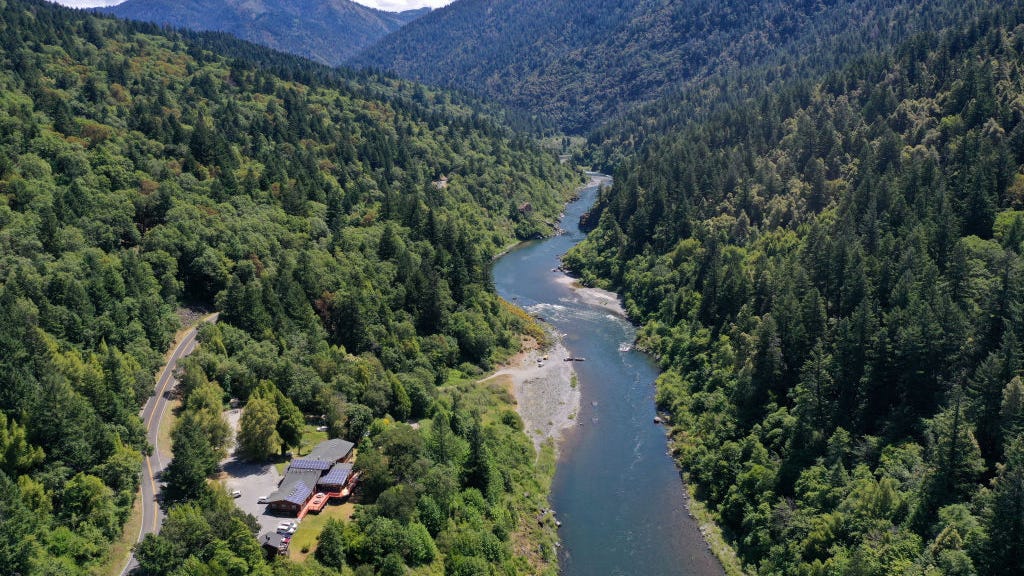 ‘Nobody’s winning’ as drought upends life in US West basin