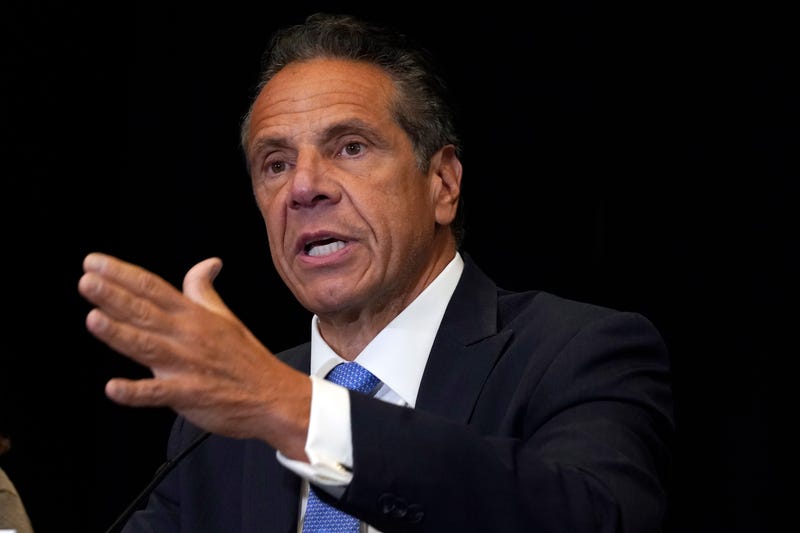 NEW YORK (AP) — Gov. Andrew Cuomo projected confidence Monday that he'll ultimately be exonerated of allegations of sexual harassment, but he also questioned the neutrality of the lawyers hired to investigate his behavior.

Speaking at his first news conference in nearly two weeks, Cuomo said he had “concerns as to the independence of the reviewers," hired by state Attorney General Letitia James.

Attacking the integrity of the investigation is an approach Cuomo has increasingly turned to in recent weeks — to the irritation of some members of his own party who had widely praised the lawyers leading the probe as apolitical and fair.

James appointed Joon Kim, the former acting U.S. attorney for Manhattan, and the employment discrimination attorney Anne Clark to conduct the probe. The lawyers have spent months now speaking to women who say Cuomo subjected them to inappropriate kisses and touching or inappropriate sexual remarks. One woman, an aide to Cuomo, has said he groped her breasts.

“Do a little history. Go to Google,” Cuomo told reporters at a press conference at Yankee Stadium in the Bronx. “Google the independent investigators.”

He didn't elaborate, but his comments appeared to be a reference to Kim's work as a federal prosecutor. In that role, Kim helped direct an anti-corruption investigation that sent one of Cuomo’s top aides and close friends, Joseph Percoco, to prison. Percoco was convicted of accepting more than $300,000 from companies that wanted influence with Cuomo’s administration.

Kim also was a senior figure in the U.S. attorney’s office during its investigation of corruption in Cuomo’s “Buffalo Billion” economic development program. A Cuomo ally, the former head of the State University of New York’s Polytechnic Institute was convicted.

The chair of the New York Assembly's judiciary committee, Charles Lavine, wrote a letter to Cuomo last week warning his office to stop disparaging the investigators. At the time, Cuomo's spokesperson, Rich Azzopardi, had been implying on social media that James' investigation was motivated by a desire to run for governor.

“It is obvious that attempts to demean the Attorney General serve as well to undermine the investigation and send profoundly negative signals to witnesses,” Lavine wrote.

Throughout the spring, as he faced calls for his resignation, Cuomo had taken a different approach, praising James and her team and urging the public to wait for the results of the investigation before judging his conduct.

“Let the Attorney General do her job,” he said in March. “She’s very good. She’s very competent. And that will be due process and then we’ll have the facts.”

Cuomo, James and Lavine are all Democrats.

Cuomo was said to have been scheduled to meet two weekends ago with James' investigators. Azzopardi has declined to say whether that meeting took place.

Cuomo, who has denied allegations he inappropriately touched female aides and other women, said he is “eager” for New Yorkers to get the facts of what happened.

“And I think when they hear the actual facts of what happened and how the situation has been handled, I think they’re going to be shocked, shocked," he said.

Separately, another team of lawyers working for the state Assembly is investigating whether there are grounds to impeach Cuomo. James' report is expected to play a critical role in the Assembly's impeachment inquiry, though Lavine's committee has hired its own team of lawyers to gather evidence.