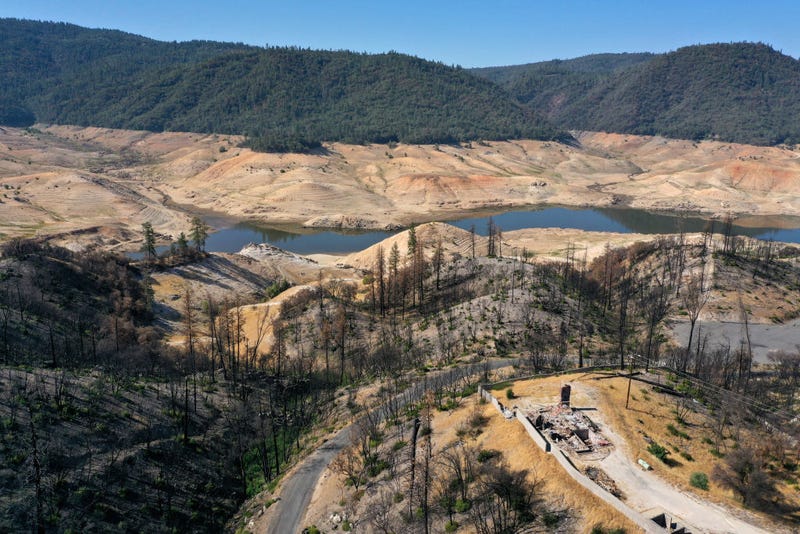 In an aerial view, trees burned by a recent wildfire line the steep banks of Lake Oroville on July 22, 2021 in Oroville, California. As the extreme drought emergency continues in California, Lake Oroville's water levels are continuing to drop to 28 percent of capacity. Photo credit Justin Sullivan/Getty Images
By Daniella DeRobbio, KNX 1070 Newsradio

While an atmospheric river brought temporary relief to drought-plagued California, officials said the storm would not be enough in the long run to improve conditions.

“We have much less accumulated precipitation over the past few years than we should normally receive and the soils are particularly dry — we cannot fix this condition with one storm,” Michael Anderson, a climatologist who studies long-term weather patterns, told The Associated Press.

The National Oceanic and Atmospheric Administration’s winter forecast anticipates California precipitation this year to dip below average as temperatures remain moderate.
The prediction comes as officials say the state is in desperate need of water and supply is running out.

In the Sierra Nevada, runoff “supplies about 30% of water statewide during the spring,” scientists said.

Last April, the California Department of Water Resource found the heavily relied upon snowpack was below average for that time of year when it’s “typically at its deepest '' with the most amount of water. Even then, scientists said 80% of the predicted runoff evaporated.

Scientists noticed that Lake Oroville – a huge reservoir – rose more than 20 feet since the storms began.
But, according to the department, the water resource was more than a quarter capacity on Tuesday.

“One storm this early in the water year does not predict the rest of the winter storm season,” Anderson said. “After this system we see a period of dry conditions return to California.” 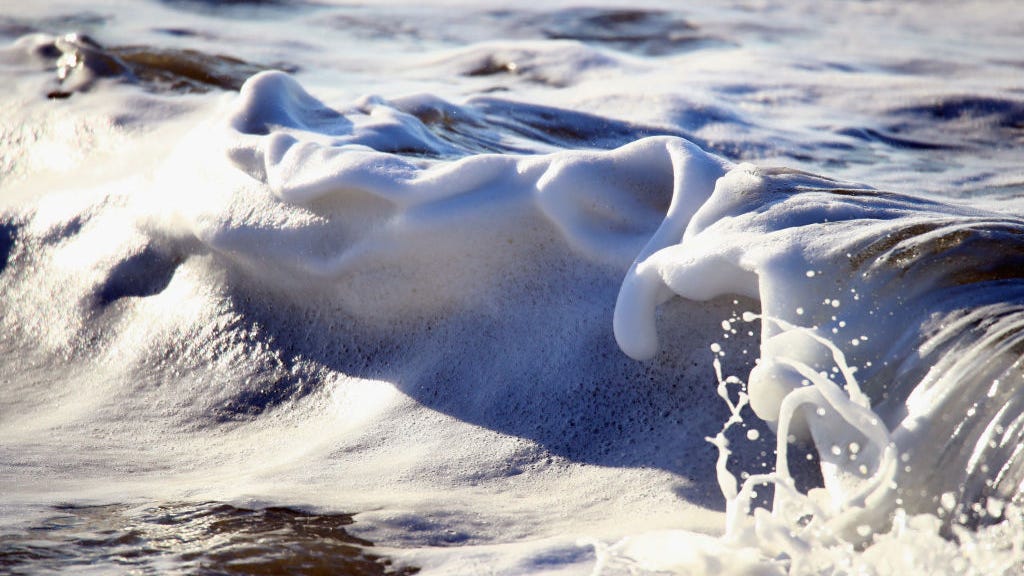