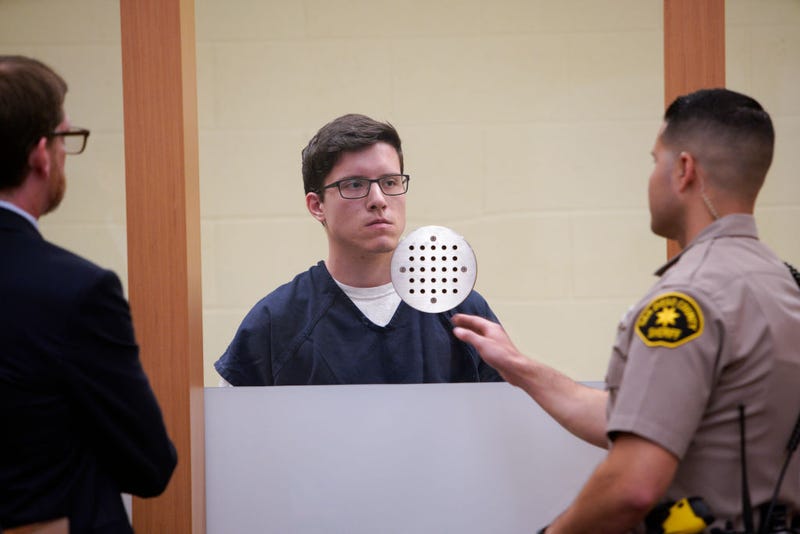 The man charged with committing a fatal, hate-motivated shooting at a San Diego County synagogue in 2019 pleaded guilty Friday to all 113 federal charges filed against him.

John Timothy Earnest, 22, formerly of Rancho Penasquitos, admitted to the anti-Semitic attack on the Chabad of Poway that left 60-year-old Lori Gilbert Kaye dead and three others injured. The congregation's rabbi lost a finger as a result of the shooting.

Earnest told prosecutors as part of a plea deal that he specifically targeted the victims because they were Jewish. The U.S. Attorney's Office said that a manifesto he posted online shortly before the attack read, "I can only kill so any Jews," and "I only wish I killed more."

Earnest has avoided capital punishment as a contingency of his plea deal. He will face sentencing later this year.

A series of lawsuits filed by victims of the shooting against Earnest, the Chabad, the gun store that sold Earnest his weapon and the manufacturer are still pending.