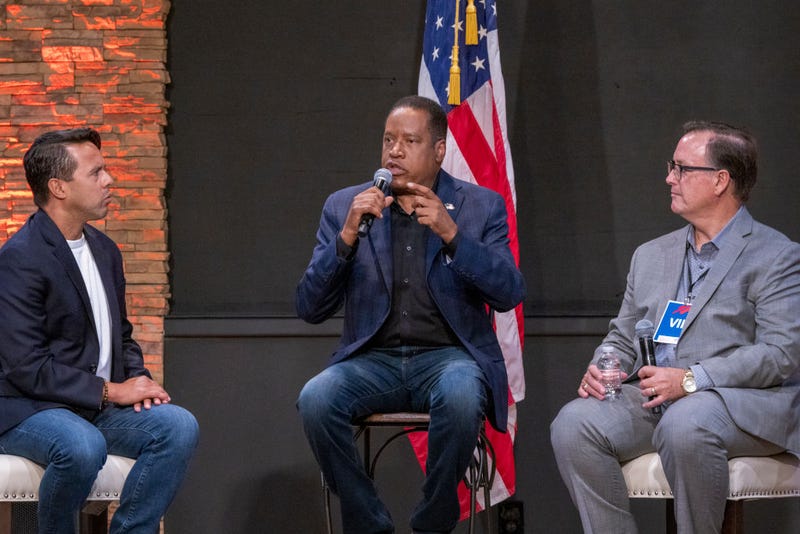 In the unlikely event Gov. Gavin Newsom is recalled from office in Tuesday's special election, conservative talk radio host Larry Elder is the leading candidate to replace him.

Who exactly is this 69-year-old Republican challenger?

Elder was born in raised in Los Angeles before graduating from Brown University in 1974 and receiving a law degree from the University of Michigan three years later.

He is most well-known for his long career as a conservative talk radio host, mainly for the Los Angeles station KABC where he worked from 1994 to 2008 and 2010 to 2014.

His conservative viewpoints are widely considered extreme. San Jose State political science professor Larry Gerston called his politics are "farther right" than any of the other 24 Republican candidates.

"He’s clearly out of sync with what the majority values in the state," Gerston said.

Elder is an ardent supporter of former President Donald Trump and has frequently denied the dangers of COVID-19. He falsely claimed in a CNN interview earlier this month that young people don't need to receive the vaccine and vowed to repeal any mask or vaccine mandates if elected.

These radical views were targeted by former President Barack Obama in a campaign ad for Newsom launched last week, where he said Republican candidates would "overturn common sense public safety measures for healthcare workers and school staff," while an image of Elder flashed across the screen.