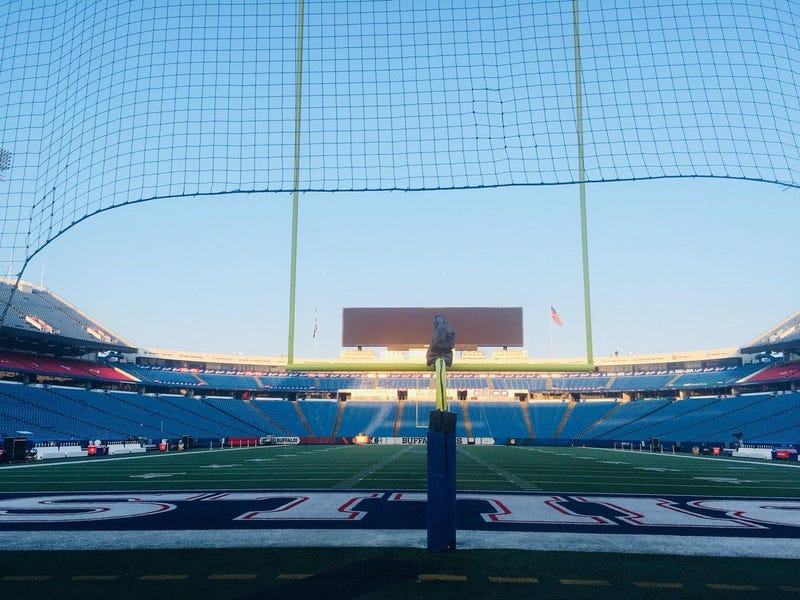 Officials in Erie County said guidance will be released “soon” on what sort of capacity rules there will be at the stadium if the NFL season begins in September.

“There’s still questions as to whether they’re going to have two preseason games or four preseason games,” Erie County Executive Mark Poloncarz said. “We do know that training camp will be held in Orchard Park. There is other information that’s been shared that I’m not at liberty to dispose right now that I am aware of with regards to NFL policy that has not been released yet with regards to what expectations would be to how many fans can attend a game.”

Currently in New York State, professional sports can happen, though no fans would be allowed to attend games. The Bills first preseason game is scheduled for August 21. Week one is a home game scheduled for September 13.

Fan attendance at games could change on a moment’s notice if Governor Cuomo allows for it. However, the rest of the teams in the league are outside New York State and will have their guidance come from their respective governors.

Erie County government and the Buffalo Bills have discussed what can be done to mitigate the health risks associated with coronavirus. These conversations detail stadium capacity, mask policy, social distancing, and other factors of the pandemic.

Poloncarz said he will enforce capacity limits at bars and even suggested enforcing capacity rules for private gatherings.

The county executive said he is very concerned about the rise in COVID-19 cases in other states. He wonders how the NFL will handle the protection of the public in other states.

Shortly after Poloncarz answered questions about the Bills plans for this season, the team jointly announced the end of the naming rights with New Era Cap.

“The Bills and New Era are currently negotiating the details of this separation and the Bills are beginning the process of pursuing a new naming rights partner for the stadium,” the Bills announced with New Era.

Poloncarz last week blasted the Buffalo-based hat company for laying off a third of its workforce despite receiving substantial money from the federal government’s payroll protection program. He said there was no blowback from team officials after his comments.

“(The Bills) understand my role in the community is different than theirs,” Poloncarz said. “As the leader of a community that has seen individuals lose their job, it’s always disappointing. I hate to see it.”