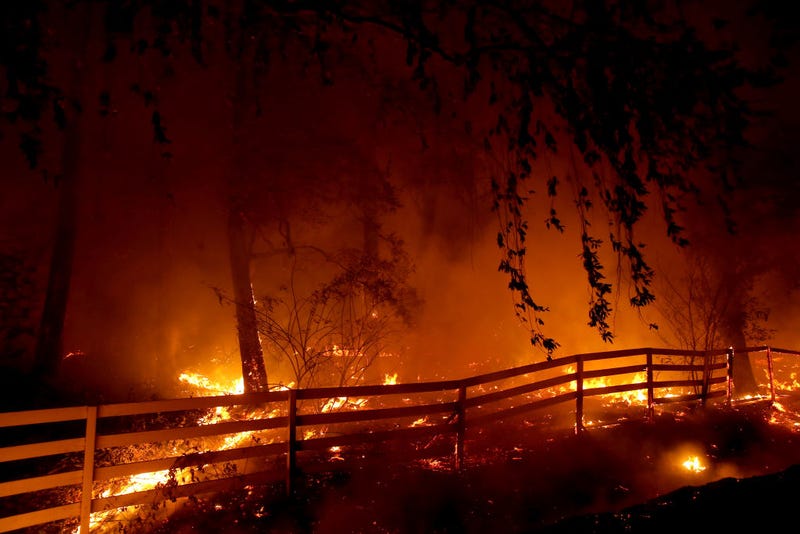 Throughout California, firefighters continue to battle fast-moving fire across the state.

Many across California are evacuating, making sure they are spared from the wildfire.

Firefighters battled winds in Vallejo on Sunday after the fire swept through the California Maritime Academy, destroying several vehicles. Throughout various areas, the smoke and flames were so thick, officials had to close down portions of Interstate 80 and the Carquinez Bridge.

That is the route Laura Allen had to take when she was driving home to Sacramento. Allen had seven dogs in the back of her car who were training to be service dogs.

KCRA reported that the Canine Companions for Independence had just been evacuated from Santa Rose because of the Kincade Fire.

Destruction from Vallejo fire that shut down Carquinez Bridge. pic.twitter.com/nlVQpXomKg

Allen told the news outlet that she was in her car when the flames from the fire surrounded her and the dogs.

“We were going over the bridge, and as we got out, we saw the smoke and the flames just erupted very quickly,” Allen said. “It was very scary because the smoke was very thick and ash was covering our car,” she added.

Allen had to think fast to save the dogs, each one valued $50,000, KRCA reported.

“The flames just jumped the freeway,” Allen described the scene. “It was on both sides, so we really couldn’t escape that way. So, the only option we had to do was a U-turn on the bridge,” she continued.

Allen eventually made it back to Sacramento. No one was hurt.