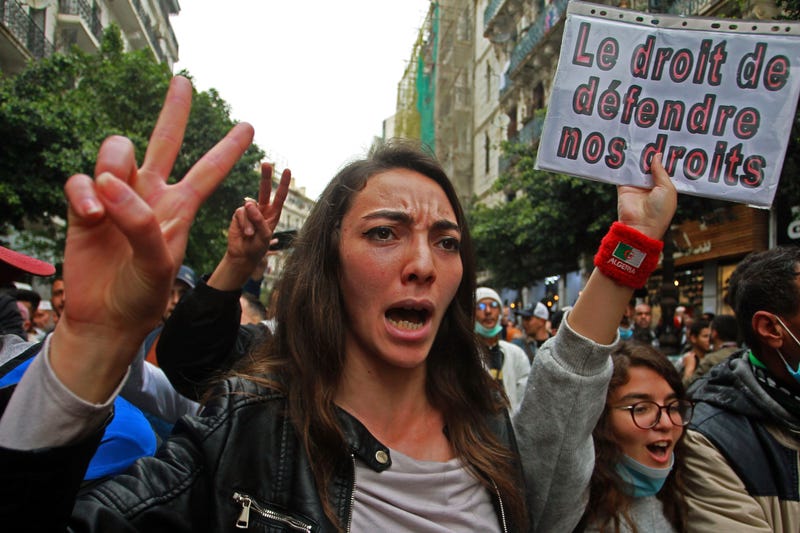 ALGIERS, Algeria (AP) — Hundreds of students restarted their weekly Tuesday protest marches that were called off last spring because of the coronavirus.

The march came eight days after the Hirak pro-democracy movement reappeared in streets around the country to mark its second anniversary and days after the weekly Friday marches restarted.

Hirak's peaceful protests helped force long-time President Abdelaziz Bouteflika from office in 2019. His successor, Abdelmadjid Tebboune, has promised reform of the system marked by corruption under Bouteflika and with the shadow of the army ever-present.

“Civilian state and not a military state,” one group of students cried out, hoisting high a banner reading “We don't go home until the demands of Hirak are met.”

Police watched, their vans blocking some streets, as marchers detoured around security forces, moving through winding streets at the bottom of Algiers' famed Casbah toward the imposing central post office, the traditional rallying point for the Hirak.

Demonstrators sang and waved flags with no incidents reported.