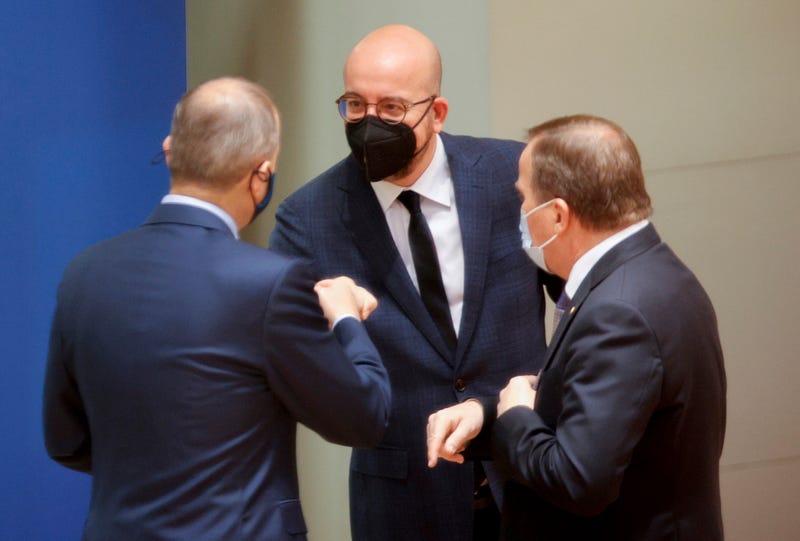 BRUSSELS (AP) — European Union leaders pledged on Friday to “keep up the pressure" on Belarus President Alexander Lukashenko to halt the flow of migrants from his country and raised the prospect of new sanctions amid calls by some bloc members to build walls and fences to thwart new arrivals.

EU members Poland and Lithuania have been struggling to cope with an unusually high number of migrants arriving at their borders with Belarus in recent months. The EU is accusing Lukashenko’s government of using them to destabilize the 27-country region in retaliation for EU sanctions.

After nearly five hours of discussions, leaders agreed that they “will not accept any attempt by third countries to instrumentalise migrants for political purposes." They also condemned “all hybrid attacks at the EU's borders."

Migrant arrivals began increasing a year ago after the EU slapped sanctions on Lukashenko’s government over the August 2020 presidential election, which the West views as rigged, and the security crackdown on the Belarusian opposition and peaceful protesters that followed.

“The people used by Lukashenko are victims, we must help them," von der Leyen said.

Migration has been a sensitive and divis