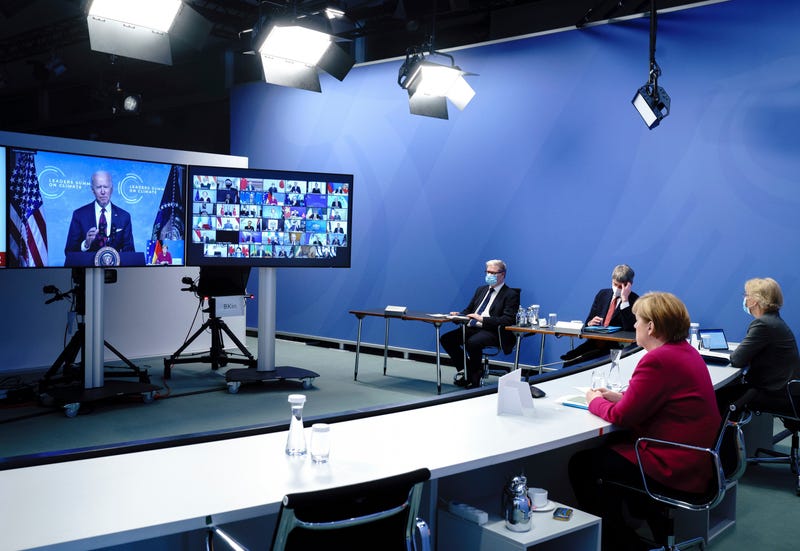 BERLIN (AP) — German Chancellor Angela Merkel left Wednesday for Washington on what is likely to be her last official visit , carrying a bag full of issues to discuss with President Joe Biden and an overarching message for Berlin's close ally: you've got a friend.

The veteran German leader is expected to discuss the ongoing coronavirus pandemic, the rise of China and a Russian gas pipeline that Washington opposes during her meetings Thursday with Biden, Vice President Kamala Harris and other senior U.S. officials.

“In part this is a farewell visit, in part she is signaling continuity and stability in the German-U.S. relationship,” said Johannes Timm, a senior fellow at the German Institute for International and Security Affairs, a think tank in Berlin.

After 16 years dealing with Merkel, many officials in Washington and elsewhere are wondering what course Germany might take after the next election and the long-time chancellor — who has dealt with four U.S. presidents in her time — will seek to reassure them that there won’t be a huge shift, he said.

Merkel's party is leading in polls ahead of Germany's Sept. 26 election, but the environmentalist Greens and the center-left Social Democrats are also vying to lead a future government. While the three parties differ in many policy areas, all are committed to a strong trans-Atlantic relationship.

One sour note that preceded and outlasted the Trump era of diplomatic discord with Washington has been the thorny issue of a new pipeline bringing natural gas from Russia to Germany.

The United States has long argued that the Nord Stream 2 project threatens European energy security and harms allies in Eastern Europe. But Biden recently waived looming sanctions against German entities involved in the project, signaling a possible compromise may be found.

Merkel sought this week to dampen expectations for an imminent breakthrough, but she is likely to want to resolve the issue before leaving office. “It weighs on German-U.S. relations and German-EU relations,” said Timm.

While German officials have been unusually coy about which topics will be discussed during the trip, Merkel's spokesman confirmed Wednesday that China will come up.

“That can be said with relative certainty,” Steffen Seibert told reporters. “This also played an important role at the G-7 summit, where the chancellor and the American president last met.”

Germany has strong trade ties with China but has also been critical of Beijing's human rights record. Merkel is keen to avoid a situation in which Germany, or the European Union, might be forced to choose sides between China and the United States.

Merkel has insisted on the need to cooperate with China on global issues such as combating climate change and tackling the coronavirus pandemic, even while Biden's predecessor Donald Trump was accusing Beijing of having started it.

The humanitarian group Doctors without Borders urged Biden on Wednesday to lean on Merkel to drop her opposition to proposals for suspending vaccine patents. Merkel, a trained scientist, has argued that lifting the patents wouldn't be effective and could harm future research and development efforts.

Along with the substance, there will be plenty of ceremony during the one-day visit: Merkel will receive an honorary doctorate — her 18th — from Johns Hopkins University, and she and her husband, chemist Joachim Sauer, will dine with the first family at the White House.

Merkel's trip may not be her last, either. The 66-year-old sai