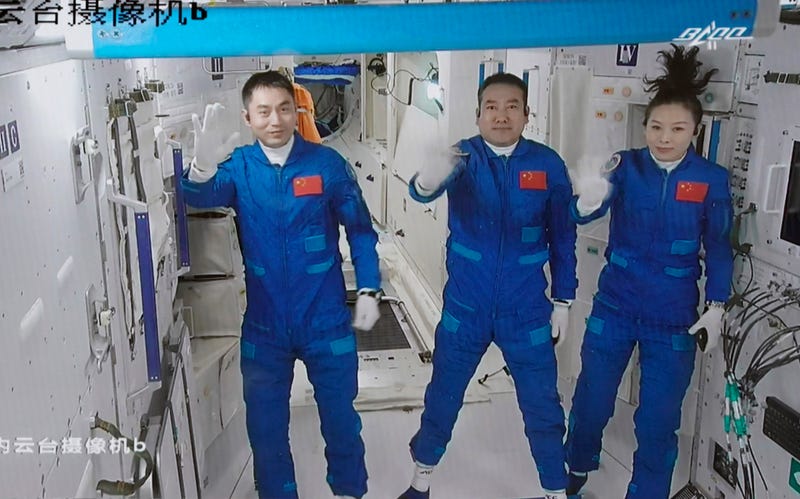 The astronauts, two men and a woman, were seen floating around the module before speaking via a live-streamed video.

The new crew includes Wang Yaping, 41, who is the first Chinese woman to board the Tiangong space station, and is expected to become China’s first female spacewalker.

“We’ll co-operate with each other, carefully conduct maneuvers, and try to accomplish all tasks successfully in this round of exploration of the universe,” said Wang in the video.

The space travelers' Shenzhou-13 spacecraft was launched by a Long March-2F rocket at 12:23 a.m. Saturday and docked with the Tianhe core module of the space station at 6:56 a.m.