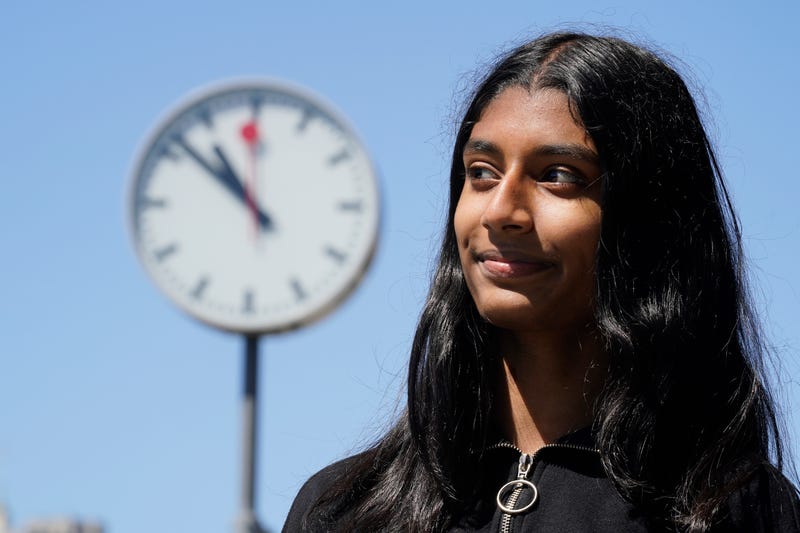 When Hansika Daggolu’s junior year of high school starts in the fall, she’ll be watching to see if a later first bell under a new California law means fewer classmates are heads-down on their desks for afternoon naps.

The overall mood, she suspects, will lift as well if her classmates at Mission San Jose High School in Fremont aren't quite so sleepy.

“I’m really excited and I am so happy this is happening,” said Hansika, 15, who said she will no longer have to get out of bed before 7 a.m. to get to school by 8 a.m.

Beginning this fall high schools in the nation’s most populous state can’t start before 8:30 a.m. and middle schools can’t start before 8 a.m. under a 2019 first-in-the-nation law forbidding earlier start times. Similar proposals are before lawmakers in New Jersey and Massachusetts.

Advocates say teens do better on school work when they're more alert, and predict even broader effects: a reduction in suicides and teen car accidents and improved physical and mental health.

“We know that teenagers are the most sleep-deprived age group, and the cause is our own public policy,” said Joy Wake, who helped lead the efforts of the “Start School Later” group in California.

The average start time for the nation's high schools was 8 a.m. in 2017-18 but about 42% started before then, including 10% that began classes before 7:30 a.m., according to the National Center for Education Statistics. Middle school start times in 2011-12, the most recent available from NCES, were similar.

That's too early for adolescents whose bodies are wired to stay up later than at other ages because of a later release of the sleep hormone melatonin, scientists say. The American Academy of Pediatrics recommends that middle and high schools start at 8:30 a.m. or later. The Centers for Disease Control and Prevention recommends eight–10 hours of sleep per night for 13- to 18-year-olds.

After finishing eighth grade and doing all of ninth grade remotely because of COVID-19 closures, Hansika said it was hard enough to transition from the shortened, less structured days to more challenging courses in a new school without also battling to stay alert. Remote learning allowed her to sleep until signing in for school in her robe and to take naps after classes ended around 12:30 p.m. That changed when schools reopened this past year.

“Being sleep deprived in some parts of the year was also a problem for me so there’s a lot of factors that come together,” she said. She doesn't anticipate staying up any later because of the shift next year.

“While it may be easy enough for some families with flexible schedules to adjust, in some communities, parents who are working just to make ends meet don’t have the luxury of delaying the start of their workday,” he wrote in a 2019 opinion piece for the nonprofit Cal Matters.

Wake responds that it's impossible to start school at a time that fits everyone's work schedules, “but you can pick a time that doctors say is healthier and safer for teenage kids.”

Bills related to school start times have been introduced in at least 22 U.S. states in recent years, according to Start School Later, though with limited success.

“Adolescents who do not get enough sleep are faced with several health risks including being overweight, drinking alcohol, smoking tobacco, and using drugs, as well as poor academic performance,” according to New Jersey legislation introduced in April by Assembly Speaker Craig Coughlin and Sen. Vin Gopal, chair of the Education Committee.

It calls for start times of 8:30 a.m. or later statewide.

The New Jersey School Boards Association has opposed the effort in favor of letting local districts set their own schedules.