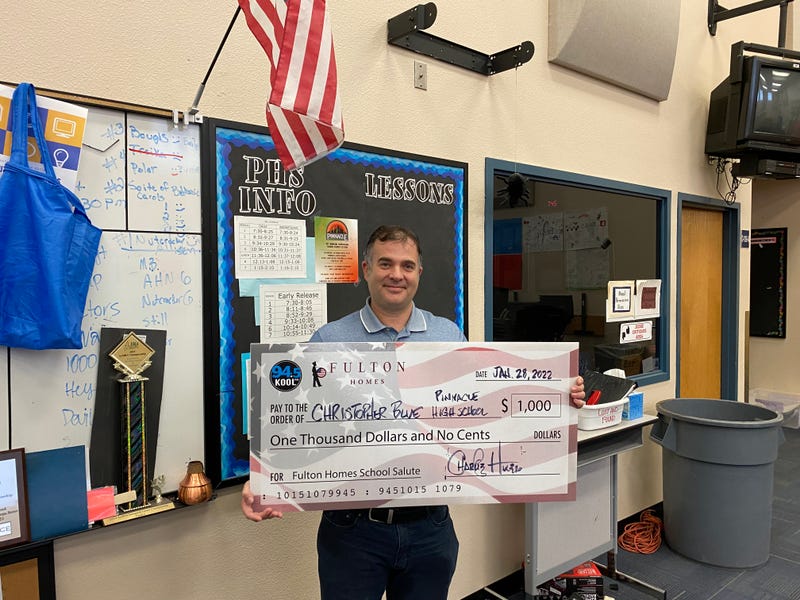 Christopher Blue has been teaching instrumental music for 22 years. His parents who were both educators played a major influence in his future career, but his father being a music teacher made the most impact. He started playing the Euphonium at 8 years old and became the youngest member of the Indianapolis Brass Choir at age 12. During high school, he was the drum major of the marching band, and a 4 year member of the Indiana All State Band. Chris received a music scholarship from Butler University in Indianapolis, Indiana and majored in music education. During this time he was a member of the Tuba Santas professional group, Kappa Kappa Psi, and Phi Mu Alpha. After teaching in Indiana for 7 years, he made the move to Arizona and taught at Mingus Union High School, Liberty High School and spent his last 13 years in the Paradise Valley School District where he teaches band and orchestra at 3 schools including Pinnacle High School, Explorer Middle School and Fireside Elementary. During that time, his orchestra has been featured at the Scottsdale Performing Arts Center and his marching band won the AZMBA State Championship. As a teacher, my main goal is to share my love of music and appreciation for it with my students. I want them to experience all of the different genres that they might not be aware of and get an understanding of it and how the culture of the time influenced it. Their excitement about learning how music works and how to bring out emotion in their playing ismy favorite part about being a music teacher. We always push each other to be at our best. Outside of the classroom, he is happily married to his wife Kristen and has two children and two step children. Three of those children are currently attending the University of Arizona majoring in BioChemistry, Psychology and Anthropology.