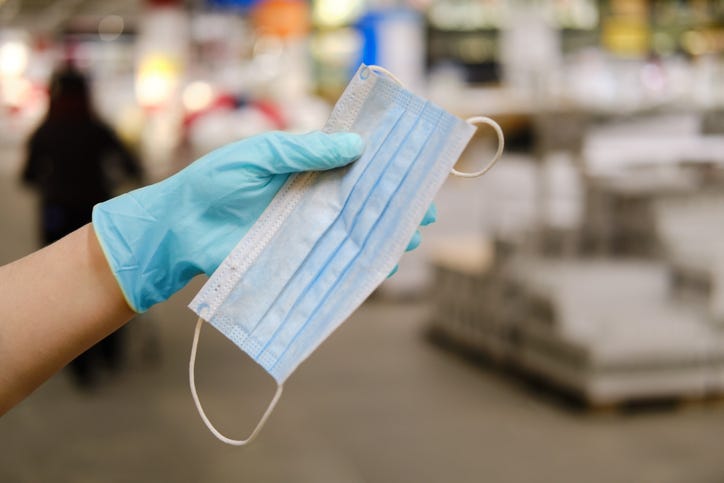 DALLAS (KRLD) - The requirement that Texans in public spaces wear masks begins at noon Friday. Governor Greg Abbott announced the order Thursday, requiring masks in counties that have had at least 20 cases of COVID-19.

The order carries a warning for the first offense, then a $250 fine for each subsequent offense.

"I am pleased to see Governor Abbott take statewide action to mandate masks and social distancing, both of which have proven to be effective in slowing the spread of COVID-19. Mask requirements and other public health measures are not and should not be about partisan politics. Our case counts and hospitalization numbers, which represent altered human lives, have been trending in the wrong direction, and the governor's order today is a significant step forward for our public health response," Johnson wrote in a statement.

Johnson says he also hopes people will choose to stay home as much as possible over the 4th of July weekend.

"I feel like, for the most part, folks are willing to accept that little inconvenience to potentially protect their family, their friends, to maybe stop the dramatic increases we've seen here recently," Judge Glen Whitley said in an interview.

Whitley says most people who have called or emailed his office since the local requirement was passed have been supportive of a measure that could prevent additional restrictions. He says Abbott did not want to issue a state-wide order, but it had become necessary.

"From the get-go, I have asked, I have strongly recommended, I have pleaded, and I have begged people to wear the masks," he says. "It just hasn't been effective. The order, I think, will make some folks do it."

The City of Colleyville had said it would not enforce Tarrant County's order. When the order was adopted, Mayor Richard Newton said police could not handle enforcement in addition to their other duties.

After the order by the governor was announced, the city posted a message on Facebook, "The City of Colleyville fully intends to comply with this order and asks that residents wear masks. Further, Governor Abbott has limited indoor and outdoor activities to 10 people or less."

Colleyville says the mayor will post a video outlining restrictions and the requirement will be discussed at the city council meeting Tuesday, July 7.