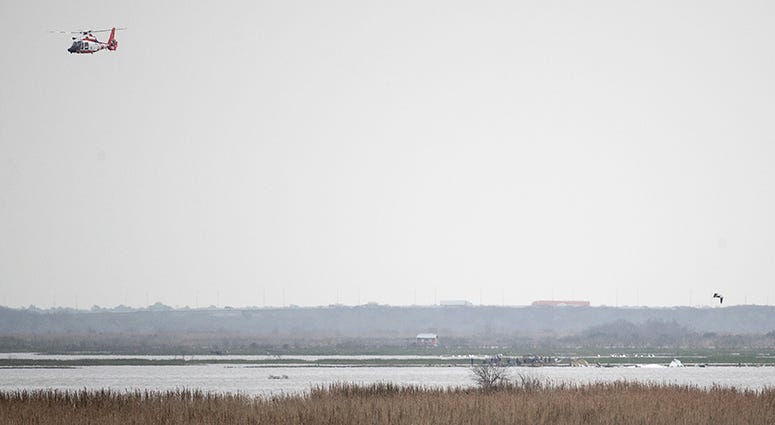 It could be quite a while before we know what caused a Boeing 767 cargo plane to crash into a marsh Saturday in Liberty county.

All three men on board died when the flight, on its way to Houston from Miami took a nosedive near Anahuac in Southeast Texas.

Anthony Roman, president of global investigation and risk management firm Roman & Associates says it's going to be very difficult to recover the plane's black box from the muck.  "It has quicksand-like mud, and the impact of a several hundred thousand pound 767 can actually drill down quite a bit."

He believes the National Transportation Safety Board will dredge up good portions of the impact site.

Roman says there's also a blowback effect during an impact. "When the aircraft makes impact with the water, there actually is a lot of debris that blows back in an explosive manner and it can spread far and wide.  Then it's carried away be the tide up until the Coast Guard and environmental response teams can get there and put up buoys.  They have their work cut out for them."

As to what caused the crash, Roman says a wind shear event or possibly a shift in cargo could have contributed, or it could possibly have been a medical condition suffered by a pilot or an intentional act.