The deal would be for four years and $56 million, pending the results of a physical, according to baseball insider Jeff Passan of ESPN.

Jon Gray will get $56 million over four years from Texas, pending a physical, according to a source.

Gray, who turned 30 this month, has spent seven years in the majors, all coming with the Colorado Rockies, who drafted him third overall out of Oklahoma in 2013. 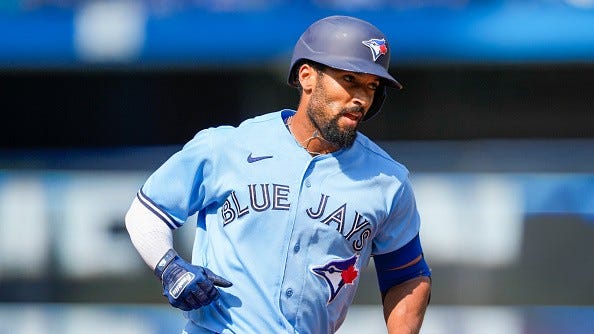 There's some sense the hard-throwing right-hander has not yet realized his full potential pitching in hitter-friendly Coors Field, with ERA estimators such as FIP indicating he's performed a bit better -- 3.91 -- than his surface numbers might suggest.

The deals were just a few of a flurry on Sunday, which seemed to be coming in advanced of an anticipated owner lockout beginning Dec. 1. A lockout would herald the suspension of free agency, trades and other transactions until a new collective bargaining agreement were negotiated. All offseason deals to date were counted under the terms of the present CBA.