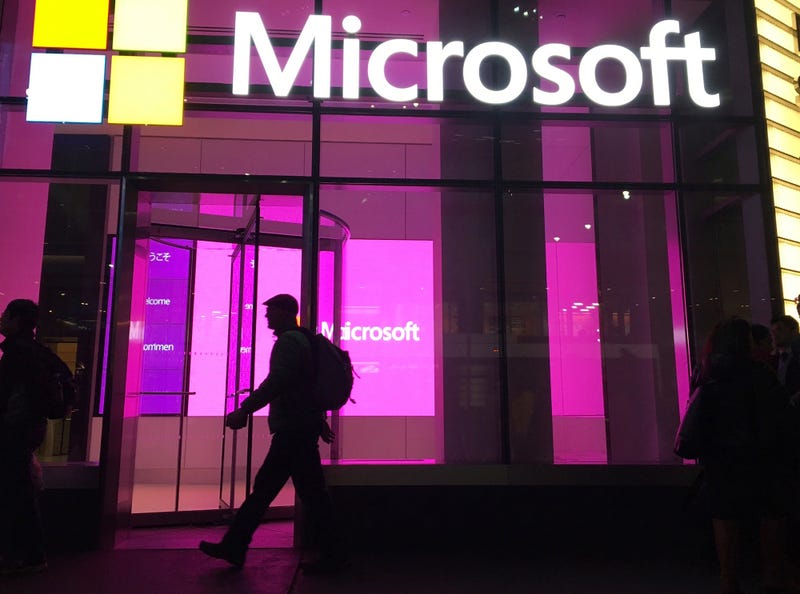 Demand for Microsoft’s cloud-computing services and work software helped boost its quarterly profits by 21% as the pandemic continued to keep many office workers at least partly at home.

The Redmond, Washington company on Tuesday reported fiscal second-quarter profit of $18.8 billion. It posted revenue of $51.7 billion for the October-December period, up 20% from a year earlier.

In a call with investors, CEO Satya Nadella said the company is transitioning from a period of pandemic-fueled demand to one in which digital technology can help overcome economic constraints to "drive productivity while keeping costs down.”

“The other area we are seeing strength is gaming,” Nadella said. “That's where we have doubled down in terms of our consumer category.”

Microsoft last week announced its plans to buy high-profile game publisher Activision Blizzard for $68.7 billion, an all-cash deal that could be the priciest tech acquisition in history if it withstands scrutiny by antitrust regulators. It could also catapult the Xbox-maker ahead of Nintendo to join Sony and Tencent as one of the three biggest video game companies.

But the financial results revealed Tuesday show that business-focused offerings such as Microsoft's Azure cloud computing platform and its suite of software products are still driving the company's growth.

Net income of $2.48 per share beat Wall Street expectations. Analysts surveyed by FactSet were expecting Microsoft to earn $2.32 per share on revenue of $50.71 billion for the fiscal quarter. It's the first time the company hit over $50 billion in sales in a three-month period.

Beating analysts' forecasts wasn't enough to stop Microsoft shares from first dropping, then rising about 2% in after-hours trading on a jittery day for investors. As markets have been swinging between steep losses and gains, expensive stocks in high-flying tech companies have led losses as investors worry about rising interest rates.

Sales from Microsoft’s cloud computing business segment — where its biggest competitor is Amazon — grew 26% to $18.3 billion in the quarter ending in December.

Microsoft’s productivity segment, which includes its Office suite of workplace products such as email, grew by 19% from the same period a year earlier, to $15.9 billion.

The productivity segment also includes revenue from Microsoft’s LinkedIn jobs networking service, which increased 37% from the same time a year earlier. Nadella said it's getting more engagement because of the “great reshuffle across the labor market.”

The company late last year halted its localized version of LinkedIn in mainland China, citing tightening government restrictions affecting the only major Western social networking platform that had still operated in the country.

Microsoft’s personal computing business, which includes Windows software licenses, Xbox and the Surface line of devices, grew by 15% to $17.5 billion.

Holiday gadget sales typically make the October-December quarter an important one for Surface devices and Xbox games and consoles. The company said Xbox content and services revenue grew 10% over the same time a year earlier. Xbox hardware revenue grew more modestly at 4% — in part because numbers in late 2020 had been boosted by the release of Microsoft’s Xbox Series X system, the company’s first new console since 2013.

Microsoft expects that snapping up Activision, the owner of popular games such as Candy Crush, Call of Duty, Overwatch and World of Warcraft, will boost demand for its Xbox Game Pass subscription service while also advancing its broader ambitions for immersive virtual worlds.

“The next wave of the internet will be a more open world where people can build — a more metaverse world,” Nadella told investors Tuesday.