Homeless shelters and non-profits have been working with the City of Dallas, which opened Kay Bailey Hutchison Convention Center as a temporary homeless shelter this weekend. About 550 people stayed there Monday night.

Non-profits have also been renting rooms at area hotels to meet capacity limits forced by the pandemic. Monday, the outreach center, OurCalling, moved 130 people from the Crowne Plaza in Dallas to the convention center.

Crowne Plaza had lost power and was dealing with pipes that had burst. OurCalling was able to move the homeless using a DART bus.

"It's been great to see the community come together for the greater good," says OurCalling Pastor and Executive Director Wayne Walker. "It's fun to see us all working for a common goal."

Walker says non-profits are now using two exhibit halls at Kay Bailey Hutchison Convention Center. He says cots are set up for men in one area, women in another; another area is for people with special needs. 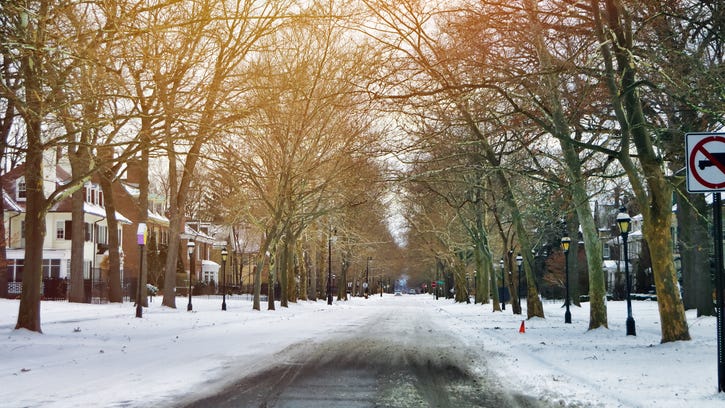 Another Winter storm preparing to plow across North Texas

"We've got lots of folks in wheelchairs and walkers and have some challenges managing the normal activities of daily living," he says. "In some areas of the facility, it's more like a nursing home, but some of it is just friends hanging out, playing dominoes and watching TV."

Walker says outreach teams are going out each day to find people still staying on the street.

"The best way to get people here is for a concerned citizen, if they feel safe, to put them in their car and drive them, or call 911. The police are more than willing to pick up people and bring them to the convention center," Walker says.

Each person who stays at the convention center will get a cot, food and COVID test.

Walker says one of the biggest challenges non-profits now face is reaching businesses who can provide the food and supplies they need and also have the ability to deliver them. Walker says organizations are relying on their own cargo vans to pick up supplies

He is urging people who want to help to donate online at https://ourcalling.harnessapp.com/wv2/donate .