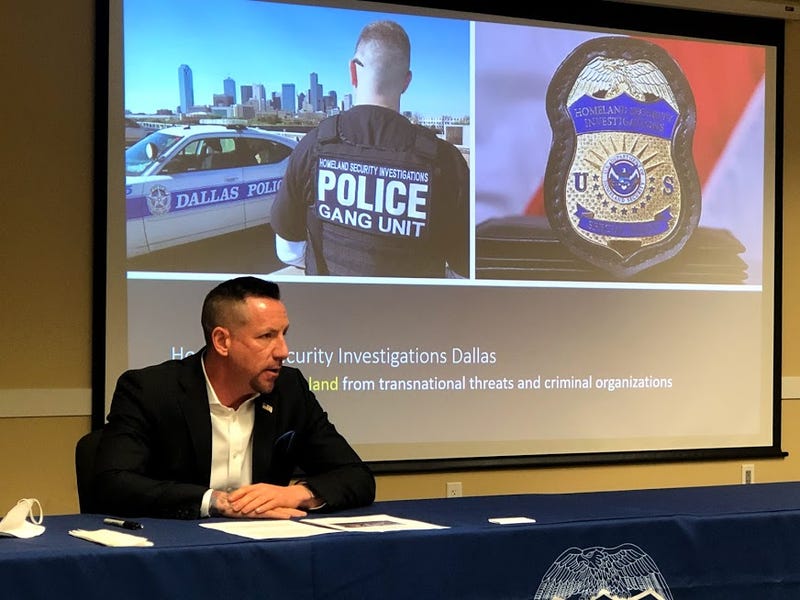 North Texas one of the busiest hubs in the country for human trafficking Photo credit Alan Scaia, 1080 KRLD
By Alan Scaia, NewsRadio 1080 KRLD

Homeland Security Investigations says North Texas has become one of the five busiest spots in the country for human trafficking. The agency has launched the "Blue Campaign" to help business owners, hotel clerks, teachers and others recognize the signs of exploitation.

"We often use the term 'hidden in plain sight' because it's just true. It's not a catch phrase, it's not a bumper sticker. It's a fact," says Special Agent in Charge of the Dallas office, Ryan Spradlin. "Every one of us, whether we are going to get a massage or get nails done or going to a restaurant, there is a chance there is human trafficking occurring."

"It's just continuing to grow. It's continuing to explode," he says. "Awareness, us talking about this repeatedly, it matters. It really does matter."

Spradlin says trafficking in North Texas includes labor trafficking, people who will be brought here for agricultural or other jobs and then never paid, and sex trafficking. He says many adult prostitutes were forced into the work when they were children.

"Quite frankly, it makes us cringe because, when a 13 year old is manipulated or coerced into doing something, that's not a choice. That's never going to be a choice," he says.

More information about how to spot trafficking and the Blue Campaign is available here.