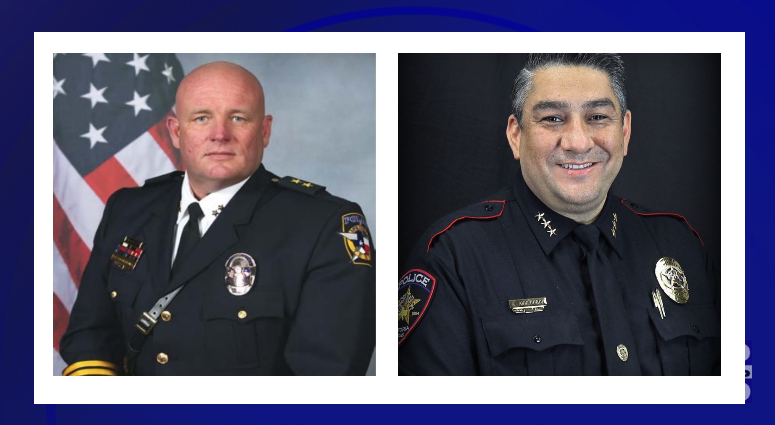 Two cities in the Dallas area have announced the selection of new leaders for their police departments.

The City of McKinney is going with long-time employee Joe Ellenburg. He has been the Interim Police Chief in McKinney since October, when Chief Greg Conley was named McKinney's Director of Public Safety. Ellenburg had previously been an Assistant Chief and has been with the McKinney Police Department for 27 years. He will be sworn-in to his new position next week.

"Appointing a leader for our Police Department is among the most critical decisions we make as a City, and we know that Chief Ellenburg is the right person for the job," said McKinney Mayor George Fuller. "He understands our city and neighborhoods and is well respected by our officers and community members. We are confident he will continue to lead the department forward."

The City of Carrollton has hired Roberto Arredondo, Jr. to be its next police chief. He's currently the Police Chief of Victoria, Texas. He's been in that job for about two years, but spent most of his career with the Dallas Police Department. He joined DPD in 1996 and worked his way up before leaving for the chief's job in Victoria in 2020. He will start his new job in Carrollton on January 2nd.

"The City of Carrollton has a stellar Police Department and Chief Arredondo's vast experience will be a great asset to an already exemplary team. Along with Arredondo's significant accomplishments and law enforcement background, he has demonstrated experience with administrative, patrol, and investigative roles, as well as leadership experience with community-oriented policing focused on community engagement and has proven success in solving complex problems," said Carrollton Executive Director of Public Safety Rex Redden.