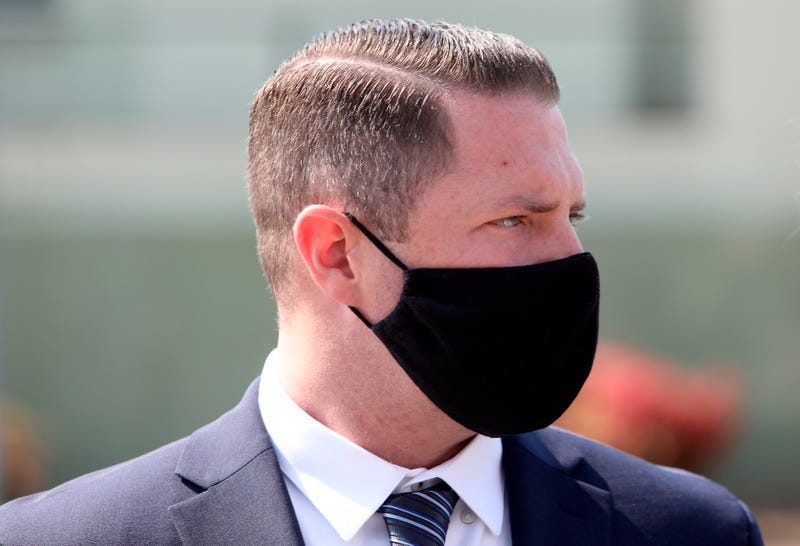 SAN FRANCISCO (AP) — The family of a mentally ill man who was shot nine times by a police officer in a wealthy San Francisco Bay area suburb has received a $4.9 million settlement from the town and county where the officer worked, nearly three years after the 2018 fatal shooting, the family’s lawyer said Wednesday.

The announcement of the settlement in the lawsuit brought by the family of 33-year-old Laudemer Arboleda came a day after a jury convicted Officer Andrew Hall in the related criminal case.

The jury on Tuesday convicted Hall of felony assault with a firearm in Arboleda’s death but deadlocked on the more serious charge of voluntary manslaughter.

The guilty verdict marked the first felony conviction of a law enforcement officer in Contra Costa County, which is east of San Francisco, over an on-duty police shooting.

The lawyer for Arboleda's family, John Burris, said the county’s Board of Supervisors agreed to settle the family’s wrongful death lawsuit earlier this month while Hall’s trial was underway but did not discuss that decision publicly during the trial.

The lawsuit named as defendants the town of Danville, the County of Contra Costa and Hall, who shot Arboleda nine times while he was slowly driving away from police.

“I hope the message this sends is that the public will hold police accountable for police misconduct,” said Burris. “And that cities and counties have some responsibility to train their officers in such a way that they do not use deadly force under circumstance where it is unnecessary.”

Officials for the town and county did not immediately respond to phone messages seeking comment about the settlement.

Hall faces up to 17 years in prison for the shooting, which happened on Nov. 3, 2018 after a Danville resident called 911 to report that a man later identified as Arboleda was knocking on doors and lingering outside homes in a cul-de-sac.

Officers who responded saw Arboleda get into into his car and drive away. He then led officers on a 9-minute, slow-speed chase through Danville.

Hall heard about the pursuit over his patrol car radio and pulled his cruiser to an intersection in an effort to block Arboleda’s car.

Police video shows Hall stepping in the path of Arboleda’s vehicle and firing a volley of shots into the windshield and passenger-side window. Hall fired 10 bullets and nine hit Arboleda.