On Monday, CNN reported that the dogs were sent home after the younger one, Major, exhibited aggressive behavior towards White House staff. According to the outlet, Major had a “biting incident” with a member of White House security.

On Tuesday, a White House official told NBC News that the dogs have not been permanently banned, saying that it's normal for both dogs to return to the Bidens' family home in Delaware when the First Lady is traveling.

"Yes, they will be back," the official said, per Today. “With the First Lady traveling for three days, Champ and Major went to Delaware to stay with family friends.”

It’s unclear what the condition of the victim is, but the incident is said to be the reason they are now residing in Wilmington, Delaware.

The White House did not initially respond to comment.

Major, who is 3 years old, was adopted in November 2018 from a Delaware animal shelter. Following his move to the White House, he has reportedly displayed agitated behavior on a few occasions. 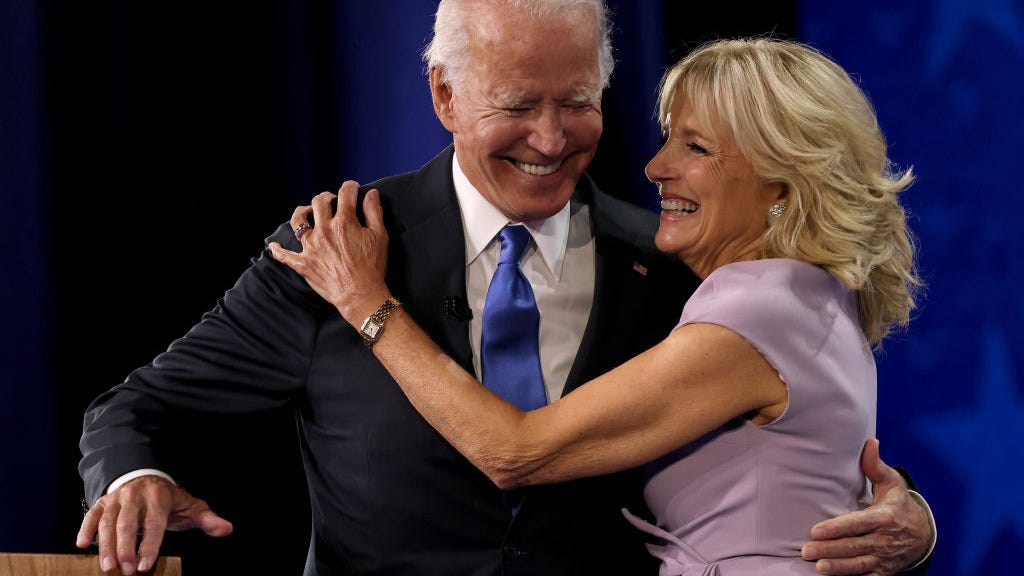 The outlet notes his behavior included “jumping, barking, and "charging" at staff and security.”

Biden’s other dog, Champ, is approximately 13 years old and has slowed down due to his age, which has made the transition easier.

The dogs officially moved into the White House in January after Biden’s inauguration.

In February, Jill Biden appeared on “The Kelly Clarkson Show” and told the host that she’s been “obsessed” with getting the dogs “settled” because of their age differences.

"They have to take the elevator, they're not used to that, and they have to go out on the South Lawn with lots of people watching them. So that's what I've been obsessed with, getting everybody settled and calm,” she explained.

She also said she’s been trying to be strict about not allowing the dogs on any of the furniture, but she has caught Major on the couch on multiple occasions.

“They run all over," she said.

Champ and Major are the first dogs to live at 1600 Pennsylvania Avenue in four years since former President Donald Trump did not have any pets.

Major is also making history as the first shelter dog to take up residence at the White House.

In January, the pups enjoyed a snow day on the White House South Lawn.