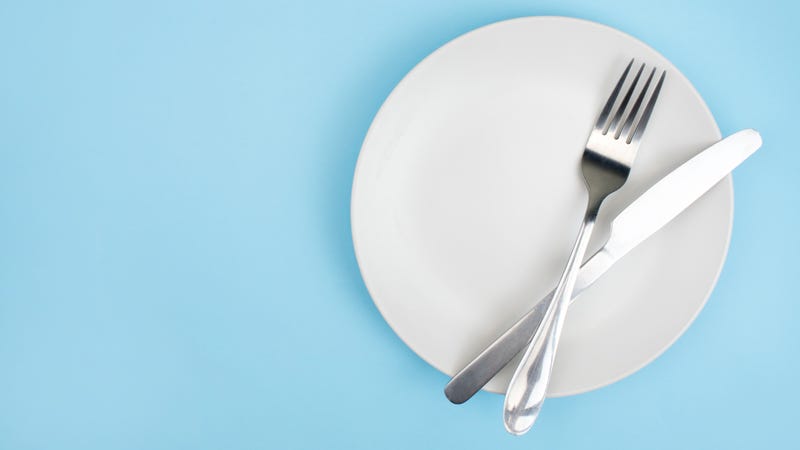 New Year’s resolutions to lose weight or change eating habits may seem fun and innocent at first, but taking drastic steps to reach those goals could lead to trouble down the road.

According to The Emily Program, a national leader in eating disorder awareness, treatment, and lifetime recovery, up to 9 percent of the population will struggle with an eating disorder at some point in their lives.

Lambert says the fact people make health-focused goals at the start of each year should be celebrated. Unfortunately, Lambert adds, that the weight stigma in society convinces people that making changes will instantly make them feel better about themselves.

“There are a lot of forces that lead people to make New Year’s resolutions to do better, change the way they eat, or lose weight. I know there’s a nugget of something that’s important to folks,” Lambert said. “The concern about that is it’s so easy for the to spiral out of control, it’s so easy for that to be overwhelmingly difficult to do which leads people to feel like they’ve failed. No one likes to feel like they’ve failed.”

Warning signs for eating disorders are often hard to detect, especially if someone hides their ongoing struggle with food.

“I think it’s about checking in with ourselves. If you’re adopting some health behaviors or some activity that you find yourself canceling time with family or friends because you have to do that thing, or you find yourself shopping at totally different stores because you have to have a certain food or specific thing… It starts to be the thing you think about more than anything else.”

Research shows that 41.9 million cases of eating disorders were underrepresented in 2019. #EatingDisorderAwareness

Social media becomes an unrelenting challenge for many who are seeking to change their diets, lose weight, or achieve fitness goals.

“If you find yourself sucked into your social media feed, one of the really easy and hard things to do is just set your phone down and walk away,” Lambert said. “Just leave it, don’t even close the window, just set it down and walk away. Just a little interruption can help us regain some sense of what we want to do.”

Lambert points to four pillars to think about when it comes to eating and overall nutrition: Sleeping, Coping, Movement, Eating.

“If we could really attend to those four things, we’d have a different relationship with our bodies and we’d feel better.”

Calls to The Emily Program about eating disorders nearly doubled at the start of the pandemic.

“You take a lot of isolation, a lot of anxiety, and a lot of messaging about weight, shape, activity, exercise, and food…that’s going to make people have eating disorders,” Lambert said. “We saw skyrocketing, the number of people struggling. The need doubled almost overnight.”

Within the past year and a half, The Emily Program has increased their capacity to take care of people meaning there’s a lot better likelihood that you can find help.

“Those eating disorders didn’t just go away now that we’re back into whatever regular life is, they’re still there. The good news is there is actually a little bit more care available so don’t wait. Mental health conditions are not going to get better if you wait them out. Eating disorders will not get better by waiting and seeing what happens. They will get worse.”