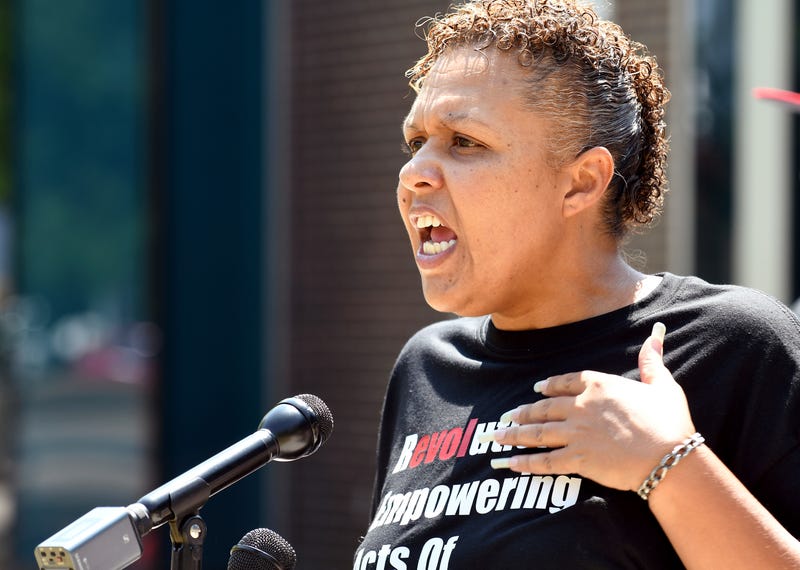 AURORA, Colo. (AP) — A video showing a police officer pistol-whipping and choking a Black man during an arrest in a Denver suburb has reignited anger over policing in the community, with activists decrying what they say is just the latest example of the mistreatment of people of color.

Aurora Officer John Haubert was arrested on suspicion of attempted first-degree assault, second-degree assault and felony menacing charges, after officers responded Friday to a trespassing report where they found Kyle Vinson, who is biracial and identifies as Black.

Haubert's lawyer, Reid Elkus, has vowed to “zealously defend” him. Another officer is accused of not intervening to try to stop him.

The body camera footage shows Haubert hold his pistol to Vinson’s head, strike him with it, choke him and threaten to shoot him.

“You’re killing me,” Vinson cried, gasping for air, as Haubert holds him down, the video shows. “If you move, I will shoot you,” Haubert said.

The footage angered activists on Wednesday. They want to bring attention to a police department plagued by allegations of misconduct in recent years, including the 2019 death of Elijah McClain.

McClain was walking down a street in the city east of Denver in August 2019 when he was stopped by local police after a 911 call reported a suspicious man. The 23-year-old Black man was wrestled to the ground, put into a neckhold and injected with 500 milligrams (0.02 ounces) of ketamine by paramedics. McClain died less than a week later.

No officers were charged in that case but Democratic Gov. Jared Polis asked Attorney General Phil Weiser to reinvestigate whether anyone should be prosecuted after the case drew renewed attention following the killing of George Floyd. The investigation is still pending.