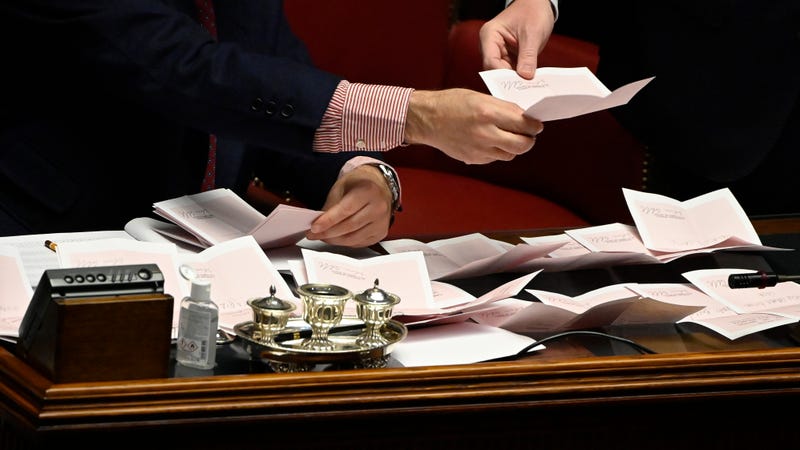 ROME (AP) — The third round of voting by Italian lawmakers for a new Italian president ended inconclusively on Wednesday, sending political parties into yet more intense negotiations to come up with a viable candidate to replace President Sergio Mattarella, whose term expires next week.

No party has yet put forward a serious candidate as they ran down the clock on voting rounds requiring an absolute majority. Beginning Thursday, a president can be elected with simple majority, or 505 votes, raising the pressure on leaders to reach a deal.

Italy’s head of state is largely ceremonial, but the president is key in navigating Italy’s not-infrequent political crises. They have the power to dissolve parliament and tap a premier-designate to form a new coalition -- which has happened twice since the last inconclusive elections in 2018.

Premier Mario Draghi has indicated his willingness to take on the post, but some parties worry that would trigger an early election and a period of political instability.

The 80-year-old Mattarella, who has made clear he does not want a second mandate, received the most write-in votes on the third day of voting at 125. Blank votes numbered more than 400.

The governor of Puglia, Michele Emiliano, predicted a parliamentary crisis if the vote for president does not reflect the current government composition of uneasy allies, which includes the Democratic Party, the 5-Star Movement and the League.

“If the president is elected with a majority other than the one supporting the Draghi government, one minute later we will have a problem,” Emiliano said Wednesday.