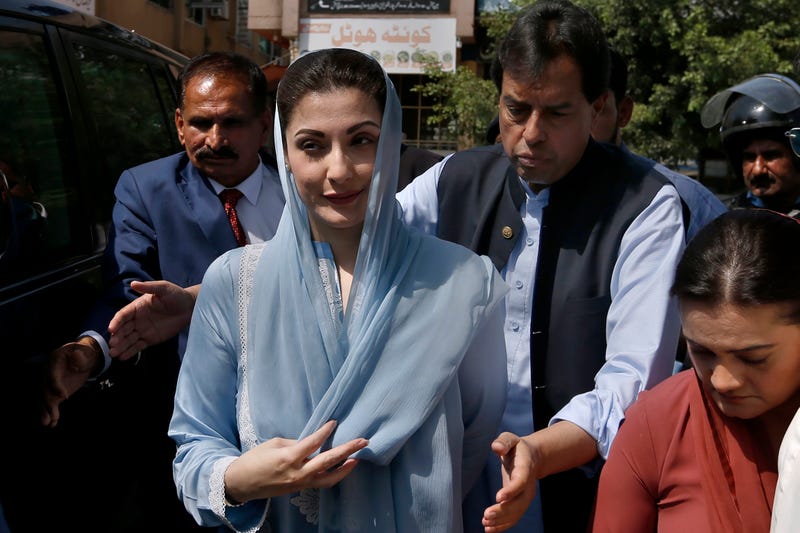 ISLAMABAD (AP) — A court in Pakistan's capital city on Thursday acquitted the daughter of former Prime Minister Nawaz Sharif after she was sentenced to seven years in prison over charges connected with the purchase of luxury apartments in London.

Maryam Nawaz, the vice president of the ruling Pakistan Muslim League, said outside the Islamabad High court that she is "thankful to God that justice has been done." The luxury apartments at issue are owned by her brothers.

The court also acquitted her husband, Mohammad Sadar, who had been sentenced to one year in jail on charges of giving false information to investigators in 2018.

Sharif, who had also been sentenced to 10 years in jail in the same case, has been living in self-imposed exile in London since 2019 after authorities released him on bail so that he could travel abroad to seek medical treatment.