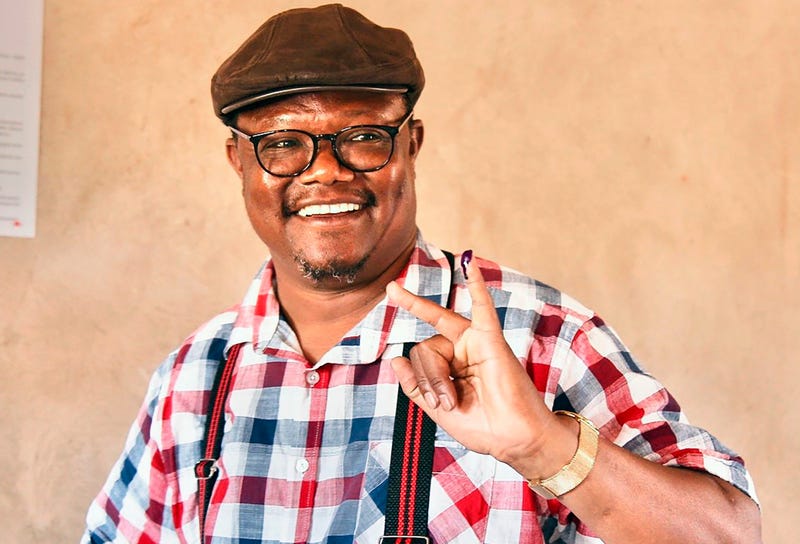 NAIROBI, Kenya (AP) — Whatever happened on Wednesday wasn't an election and was like “spitting in the face of democracy," Tanzania’s leading opposition candidate said Thursday, while the United States noted “credible allegations of significant election-related fraud and intimidation.” The other main opposition party said several leaders were arrested after calling for protests, and one was badly beaten.

Many across Africa have watched in dismay at what they’ve described as Tanzania’s abandonment of its reputation of democratic ideals under populist President John Magufuli. He leads in early results as he seeks a second five-year term.

As the ruling party was winning an overwhelming majority of parliamentary seats, and the leaders of both top opposition parties lost theirs, the U.S. said “irregularities and the overwhelming margins of victory raise serious doubts about the credibility of the results announced today." It noted widespread blocking of social media, repeat voting and pre-filling of ballots.

“Those in power are telling Tanzanians, ‘If you want change, look for it another way, not through the ballot box,’” leading opposition candidate Tundu Lissu of the CHADEMA party told reporters. “The message they are sending is, ‘Use force if you can ... We won't let you win through democracy." But he called for protests by democratic means.

Lissu, who survived an assassination attempt in 2017 and returned from exile this year, asserted that thousands of observers were turned away from polling stations.

The other top opposition party, ACT Wazalendo, said its presidential candidate in the semi-autonomous region of Zanzibar, Seif Sharif Hamad, was arrested for the second time this week, along with other party leaders, and that party official Ismail Jussa was “severely beaten" by soldiers.

The U.S. ambassador, Donald J. Wright, said Hamad should be released immediately, tweeting that “Detaining opposition leaders is not the act of a government confident in its electoral victory.”

Zanzibar's electoral commission said Hamad finished second with just 19% of the vote, while the ruling party candidate won with 76%. The commission didn't comment on the arrests. Police also didn't comment but confirmed at least 70 arrests in the past two days in election-related incidents. Streets into Zanzibar's main city, Stone Town, were blocked.

“Tanzania in full blown one party dictatorship. We shall resist this,” ACT Wazalendo chair Zitto Kabwe tweeted. “I ask the international community NOT to recognize this Tanzanian election.”

But at the United Nations, spokesman Stephane Dujarric said: “Look, we don’t have a mandate to assess these elections, right? We’re not electoral observers. Assessing the quality of these elections is the job of election observers.” He called it “very important that the people wait calmly, that all sides avoid any violence.”

Few international observers were present for Tanzania's election, however, with some like the European Union not invited, unlike in previous years.

The East African nation’s electoral commission has denied allegations of voting irregularities in one of Africa's most populous countries and fastest-growing economies.

The ruling Chama Cha Mapinduzi party, in power since independence in 1961, won 51 of the 52 parliament seats for which counting had been completed. The CHADEMA opposition party chair, Freeman Mbowe, lost his seat, as did Kabwe of ACT Wazalendo.

Some Magufuli critics have expressed concerns that if the ruling party wins two-thirds of parliament seats, the president might try to change the constitution to extend the presidency's two-term limit.

The election turnout appeared to be below 50%, according to the early figures. Some 29 million people registered to vote.

Magufuli has been widely criticized for repressive measures against dissenting voices, including a ban on opposition political gatherings in 2016 and the targeting of media outlets. Opposition figures ahead of the vote were arrested, blocked from traveling to rallies or even disqualified.

“Tanzania championed freedoms and the independence of the continent, including leading the formation of the African Union ... many people look at Tanzania for a sense of prestige and pride,” Deprose Muchena with Human Rights Watch told a briefing Thursday. “Today, all those ideals are being contested.”

He said Tanzania instead was joining the ranks of countries like Zimbabwe.

Tanzania Elections Watch, a regional group of eminent persons, expressed concerns about the credibility and conduct of the election, noting deadly violence on the eve of the vote in Zanzibar, a massive disruption in internet and text messaging services and the reported arrests of other candidates on election day.

“Unfortunately, in Tanzania the announcement made by the National Electoral Commission is final,” the group's co-chair Frederick Ssempebwa told a briefing, as results cannot be challenged in court. “There is no avenue for the aggrieved parties to air their views.”

The declaration of results could trigger a wave of instability, Ssempebwa said.

Tanzanian lawyer and Magufuli critic Fatma Karume, whose recent suspension from practicing law caused an outcry among legal experts, tweeted that Thursday was the president's birthday. “He is going to get the present he has always wanted: No opposition in #Tanzania,” she said.