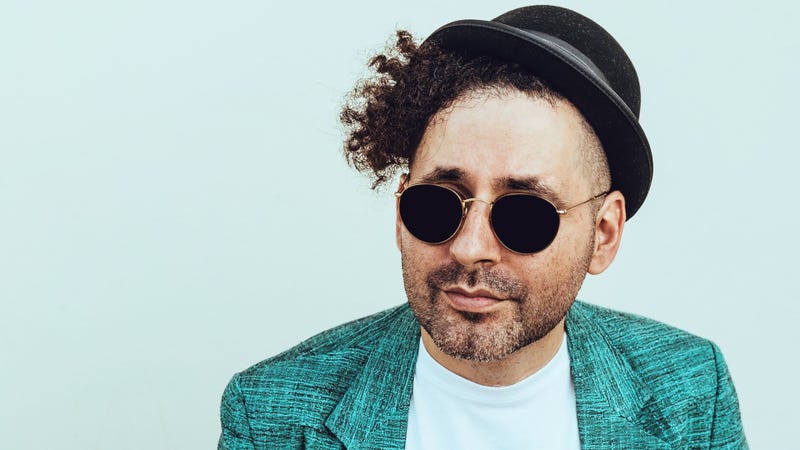 This week’s Alternalido Artist Spotlight is with Eduardo Cabra (formerly known as Visitante from Calle 13)!

Calle 13's Eduardo Cabra has shed his Visitante persona, officially launching a solo career and new record label. Known now simply as Cabra, the Puerto Rican multi-instrumentalist and composer tells us that the transition began as soon as Calle 13 ended, "because I started investing time in production that I love to do." Officially killing off his Visitante persona in the music video for "La Cabra Jala Pal Monte," which you can watch at your own risk below, he feels its release was the "end of the cycle of everything that happened five years before."

Calle 13, which was comprised of Cabra (Visitante) along with his siblings René (Redidente) and Ileana (PG-13/ILE), for all intents and purposes are considered musical royalty, accomplishing feats in the Latin music scene incomparable to their contemporaries and boasting a total of 22 Latin GRAMMY Awards and 3 GRAMMYs, the most by any group, among a huge list of other honors.

Cabra has continued that family tradition on his new record, bringing in his 15-year-old daughter, Azul, to sing on the song "Quisiera Ser Un Meme." Telling us why he made that decision, Cabra says "I think that music right now has two lines; one side is music where the focus is entertainment, and the other side the focus is in art. This song is talking about 'I want to be a meme...' but it's talking about people who want to be a meme to be successful in this side of entertainment. It's trying to compare both worlds, the life of a meme and the life of an artist."

Watch the full interview with Cabra and Canyon above, and tune into Alternalido Sunday nights 10-11PM on participating Audacy Alternative stations.