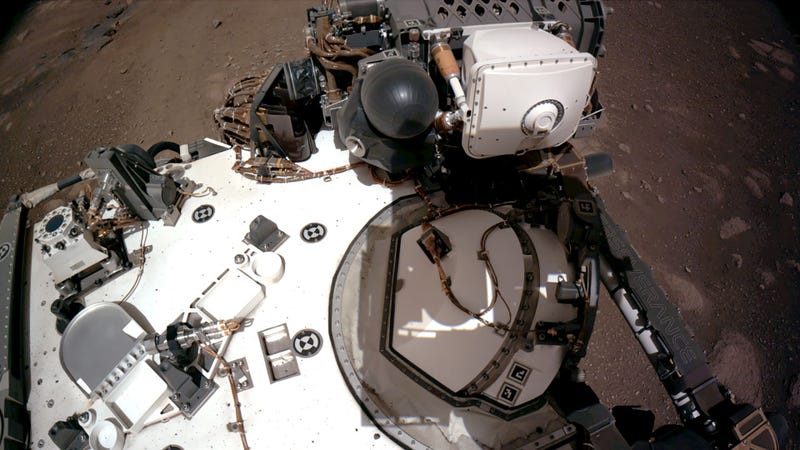 Hear the latest in tech, gadgetry, and general geekdom weekdays at noon on your favorite RADIO.COM Alternative stations.

This week, Gregr’s got more processing power in the iMac collecting dust in his closet than the Mars Perseverance rover!

It's true. NASA's little science golf cart that we shot to Mars is showing off the best tech that 1998 has to offer. The rover is using the same PowerPC 750, single-core, 233MHz processor as those colorful iMacs that were out BEFORE the iPod.

Now, it's not running any apps or streaming Netflix, so that power is more than adequate to power a bunch of motors. The main difference, the processors are coated in some kind of "survive on a foreign planet" anti-radiation goodness that, we hope, humans will get some version of when we eventually get our a**es to Mars.

There’s a whole lot more beautiful nerdiness where this came from. Listen weekdays at noon on your favorite RADIO.COM Alternative stations. Download the free app now to listen on the go!