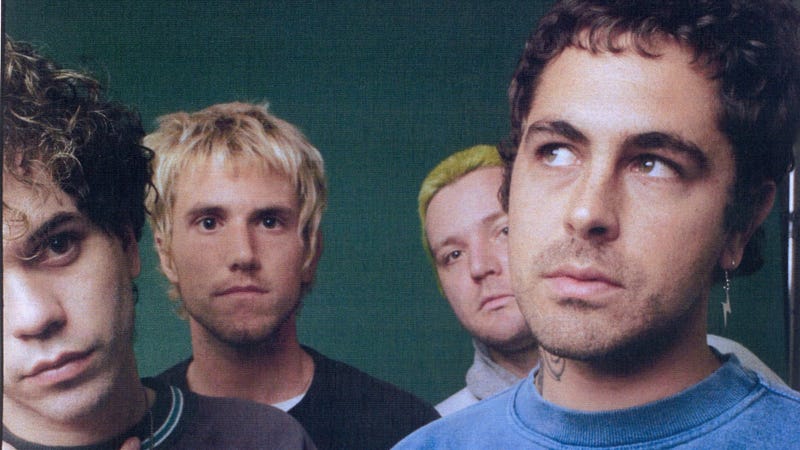 California rockers HUNNY joined Audacy's Emo Nite host Morgan Freed this week on the show, a reunion of sorts as Morgan had previously been in a band with one of the members in a previous life.

Formed in Ventura County in 2014 by singer and guitarist Jason Yarger, the band took it's shape over the years with a number of line up changes, finally landing on the current roster of Jason, guitarist Jake Goldstein, bassist Kevin Grimmett, and drummer Joey Anderson.

Almost a decade ago Morgan and Joey were involved in a musical project, but Joey "obviously made the right decision," as Morgan says, since he's now in a "real" band while Morgan stayed a DJ who yells into a microphone.

The band's new single, "Xbox Luvr," out now via Epitaph Records, is surely a sentiment we can all relate to after dredging through the ongoing pandemic. HUNNY did just that over the past year, releasing a number of tracks while touring was put on pause. "It's pretty crazy... Like any other band in existence, we've had to work remotely," Joey says, "but we're all pretty good at keeping in contact just because we've been friends for so long... It's just been a lot less hanging out in person." He adds, "and then to come out of it and start dropping songs immediately has been pretty crazy... pretty trippy."

Making the transition from quarantine to getting out in front of fans again feels more natural for them than perhaps some other artists, they say because keeping in touch with their base during the pause came easy -- mostly due to fans constantly hitting them for updates. "It's a nice position to be in."

Details about a full-length release and official tour dates are still being kept quiet, but plans are in motion to get on stage "as soon as we can," they say, but it's looking closer to the fall. "We're ready to get back to it." Listen to the full interview with HUNNY and stream their two brand new releases above.

Emo Nite is not a band, and they’re not your usual DJs – Host Morgan Freed throws epic parties and now has a radio show for the music they love. Listen Sundays from 7PM - 8PM on your favorite Audacy Alternative stations