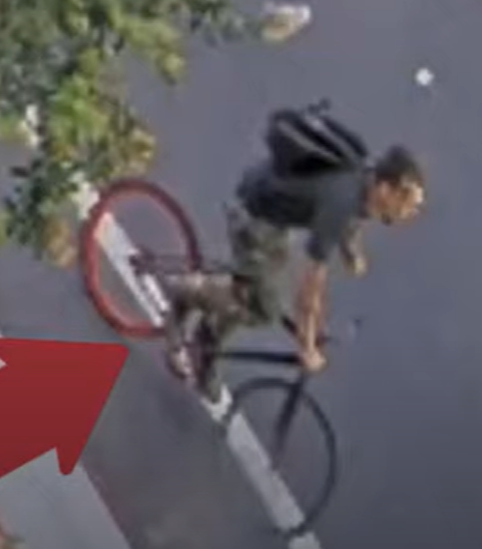 Culver City Police Department is asking the public for any information on a man who reportedly assaulted a 17-year-old girl.

Culver City Police Assistant Chief Jason Sims told KNX 1070 that the victim, a 17-year-old female, was jogging near National and Wesley on the morning of July 30. A man was riding a bike behind her while staring at her with one hand down his pants.

She told police she tried running away when she was briefly knocked out. When she regained consciousness, she saw the suspect bike away.

The victim was taken to the hospital for “a serious, but non-life-threatening head injury.”

Police describe him as “male, Hispanic, short black hair, thin build, wearing a black sweatshirt and camouflage sweatpants, and on a black bike.” The bike has a red rear wheel.

Anyone with any information can contact Culver City Police Department Public Information Officer Assistant Chief Jason Sims at 310-253-6391 or the Watch Commander at 310-253-6202.