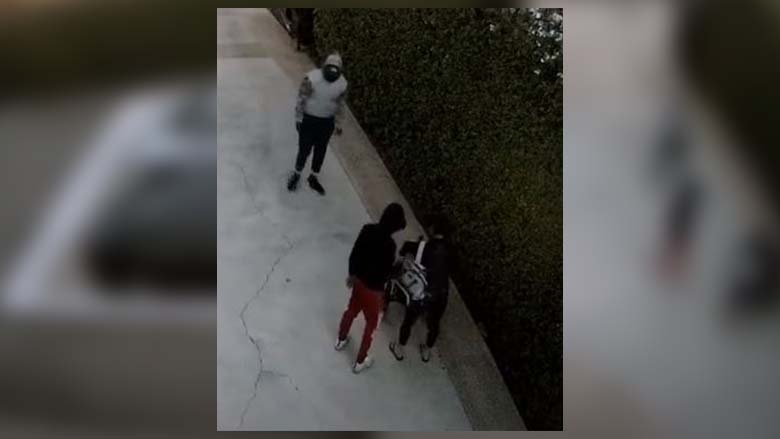 HANCOCK PARK, LOS ANGELES (KNX) — Recently uncovered surveillance video shows the moment that two brazen thieves followed a woman into the gates of her Hancock Park Home. Los Angeles Police Department detectives shared the video hoping that someone would recognize the two men and turn them in.

The victim told police she and her baby were returning from a walk around 5:10 p.m. Sunday when she turned around and saw the men walking through the gate and toward her.

She said both men demanded that she hand over her belongings — a diaper bag and bottle cooler. Fearing for her and her child’s safety, she followed orders and handed over everything before they took off.

“The two suspects proceeded to run into a waiting vehicle that was parked across the street from the victim’s home and flee northbound from the location,” LAPD said in a statement, explaining that the vehicle appeared to be a silver sedan with tinted windows.

Anyone with information about the robbery or the suspects is asked to contact Wilshire Robbery Detective M. Flores at 213-922-8217. To remain anonymous, call Crime Stoppers at 1-800-527-3247. 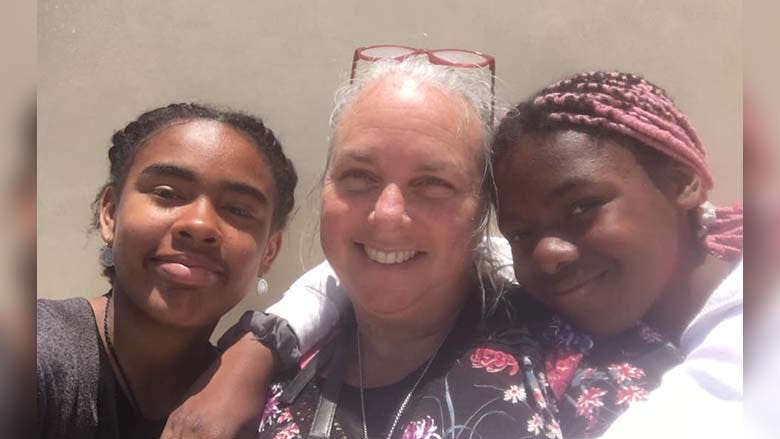