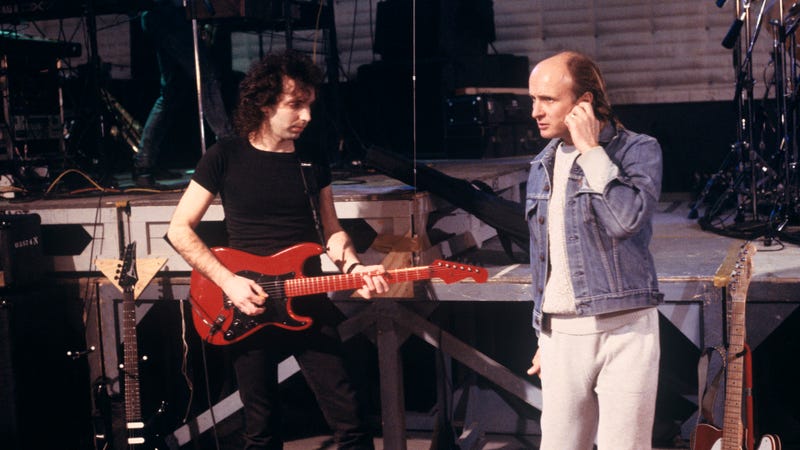 Mick Brigden, the manager and tour manager for some of the biggest names in Rock, passed away following a freak accident at his home in Santa Rosa, California.

According to NBC Bay Area, the accident occured at Brigden’s home while “he was attempting to dig a grave for his family’s dog at his home.”

TMZ obtained comment from Mick’s wife, Julia Dreyer Brigden, sharing more details on the story. Brigden was digging a grave for the family dog in a lower field on their property. While he was digging, something happened and the hole collapsed in on him. A neighbor saw what had happened and dialed 911, but when paramedics arrived, Brigden had already passed away.

Brigden spent his career in music working as a manager and road manager for the likes of Joe Satriani, Van Morrison, Peter Frampton, and Carlos Santana. He also worked as the tour manager for The Rolling Stones and Bob Dylan.

..it's been a crazy & wonderful 33 years of rock 'n' roll. I've never worked so hard, played so hard, laughed and cried so hard, made so much music & had so many worldwide adventures, & all with Mick by my side.. RIP Mick Brigden. Read the full essay at https://t.co/fXyB1x0YkM pic.twitter.com/chfcstnXtJ

Satriani penned an essay on his website paying tribute to his “dear friend and mentor.”

“It's been a crazy and wonderful 33 years of rock 'n' roll,” Satriani wrote. “I've never worked so hard, played so hard, laughed and cried so hard, made so much music and had so many worldwide adventures, and all with Mick by my side. He was the ultimate music business mentor. Honest, tough, nurturing, hardworking, respectful, tenacious, insightful, he was all of things and more. I learned so much about how to be a good person from Mick. Throughout his illustrious career he worked the biggest and the best, but always knew it was important to be kind, be respectful, be cool and do things the right way.”

Satriani said that Brigden, “along with the entire BGM team, guided my solo career from its start.”

“Mick was always full of energy and endlessly creative. He could help you get an album project organized, pick the right mix, pick a single, help with album artwork, book a tour, manage a tour, review the contracts, crack the whip with a smile and get a table at the right restaurant when you needed one. And, then, over a few glasses of wine, share his feelings and insights, listen to yours, and remind you to smell the roses along the way..."