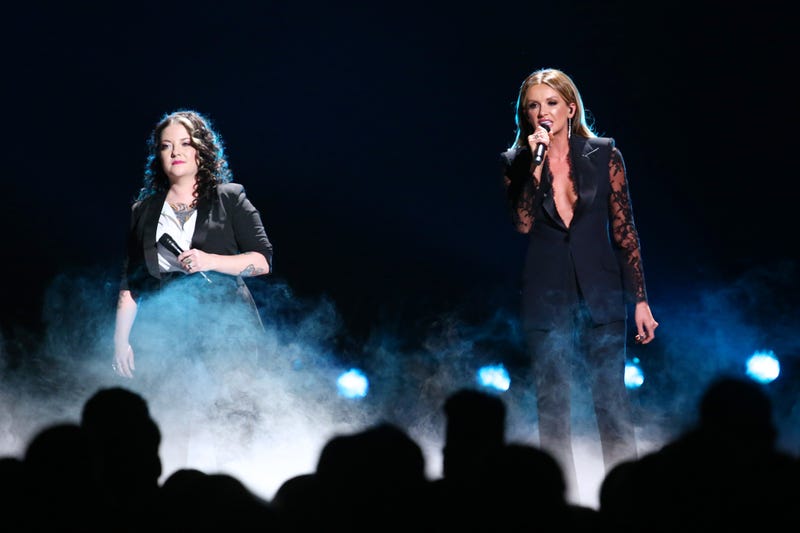 Carly Pearce and Ashley McBryde's new duet "Never Wanted to Be That Girl" is a promising new hit for these singer-songwriters, who considered themselves a bit of an unlikely pair when they teamed up with Shane McAnally to write this new single.

“We are very different," says Ashley in a statement from Carly's label. "She’s tall and blonde and kind of on the quieter side and more soft-spoken, and I’m short and tattooed and brunette and like, in everybody’s face. And we realized that that worked really well in … Bakersfield?”

“We were at the Crystal Palace," Ashley continues. "You, me, and Jimmie Allen.”

“A few years ago,” adds Carly.

"And I found out that Carly was a germaphobe," reveals Ashley.

“Jimmie and I picked on you a little bit during the show, and I thought I had really offended her," confesses Ashley. "But it turned out that that was kind of what caused our friendship to mold.”

“Which is what I was hoping for," adds Ashley.

“As I was standing there PANICKING!” Carly recalls with a laugh.

“Right? She’s like, what a jerk! I can’t believe you did that to me on stage.”

Meanwhile, we're hoping that even more music comes out of this unlikely friendship!